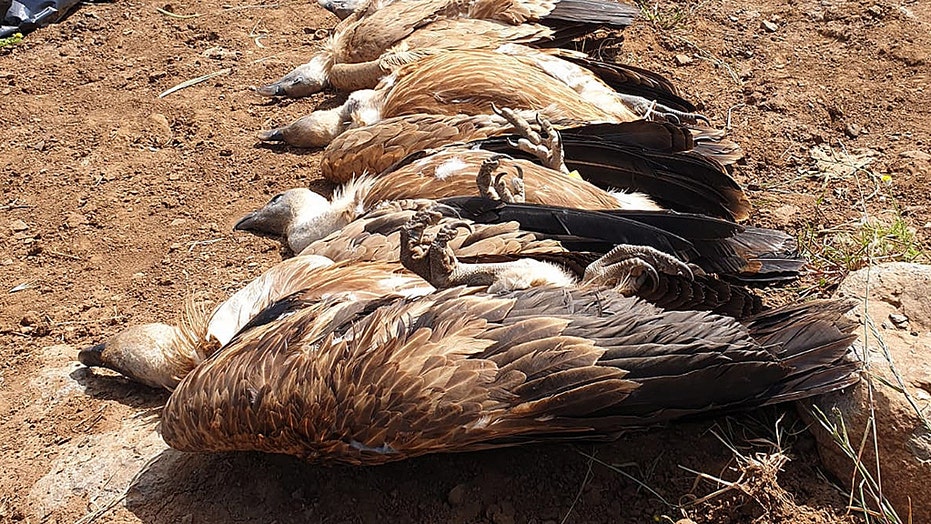 Israeli authorities believe eight out of the 20 remaining Griffon Vultures known to live in the Israeli-annexed Golan Heights were poisoned after they were found dead on Friday morning.

In addition to the eight rare vultures killed, two more survived and were reportedly being treated for poisoning.

Authorities believe the vultures had eaten from the carcass of a cow that had been poisoned, according to The Times of Israel.

The Israel Nature and Parks Authority said it is investigating the incident calling it a “serious matter” and vowed to “take every measure to find those responsible for this poisoning and bring them to justice,” according to the Agence France-Presse news agency.

Shaul Goldstein, a director of the Nature and Parks Authority, called the situation “a mortal blow” to the already decimated breed.

The vulture population on the Israeli side of the Golan Heights has declined significantly over the past 20 years, dropping from 130 vultures in 1998 to around 20 before the latest incident, AFP reported.

Goldstein declined to tell AFP if the poisoning was intentional.

Repeated poisonings have devastated the local population, according to Hebrew site Walla news, which attributes it mostly to local cattle farmers taking illegal action to try and wipe out predators that threaten their herds.

The Israel Nature and Parks Authority has reportedly made efforts to conserve the local vulture population and even brought birds from Spain to the area.

“The investment in every vulture chick from the moment of egg-laying at reproduction centers in zoos, through their nurturing and release into the wild demand huge efforts… we hope the injured vulture gets better quickly and is able to return to the wild,” the Authority’s Wildlife Hospital, which treated one of the poisoned vultures told The Times of Israel, adding, “This large-scale poisoning is a real blow.”