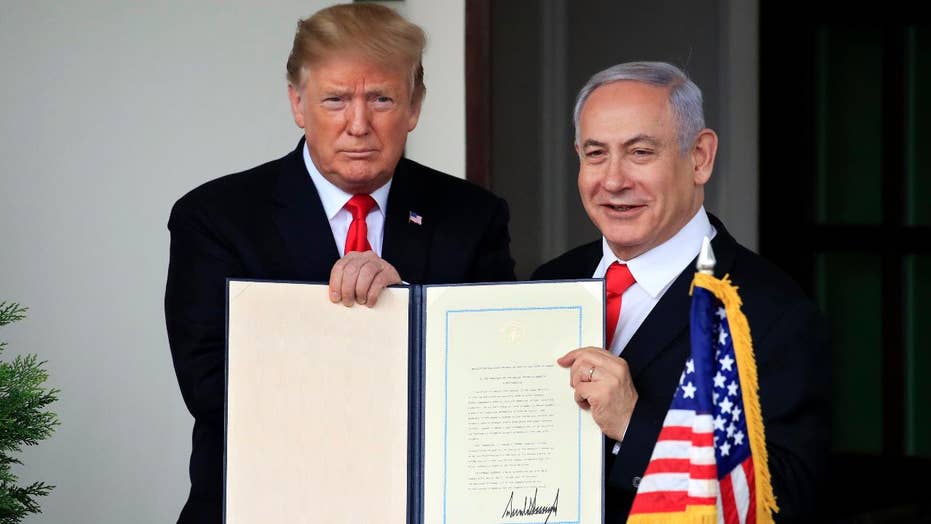 JNS.org editor in chief Jonathan Tobin weighs in on the significance of Netanyahu's visit to the White House amid latest rocket attacks in Gaza.

Israeli Prime Minister Benjamin Netanyahu announced Tuesday that he will name a community in the contested Golan Heights region after President Trump.

Since Israel captured the Golan Heights in 1967 by defeating Syria in the Six-Day War, the area had gone unrecognized by major world leaders. But last month, Trump broke tradition and became the first US president to declare the middle-eastern land as Israeli.

“All Israelis were deeply moved when President Trump made his historic decision to recognize Israel’s sovereignty over the Golan Heights,” PM Netanyahu said in a statement on his YouTube page Tuesday.

“I intend to bring to the government a resolution calling for a new community on the Golan Heights named after President Donald J. Trump.”

In an official statement, Trump made the decision to recognize the land after “aggressive acts by Iran and terrorist groups, including Hezbollah, in southern Syria continue to make the Golan Heights a potential launching ground for attacks on Isreal.”

Syrian forces condemned the decision by Trump saying: “The decision…makes the United States the main enemy of the Arabs.” 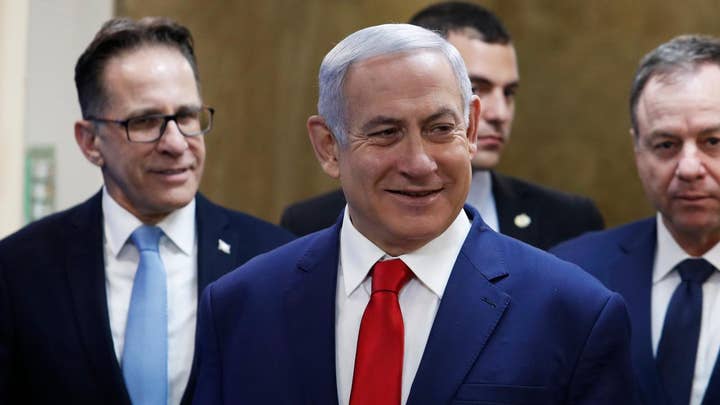 President Trump’s most recent effort to defend Israel against foreign, taking place earlier this month, included the designation of Iran’s Islamic Revolutionary Guards as a terrorist group. Iran is currently the greatest military threat to Israel.

Netanyahu was re-elected as Prime Minister for a fourth term in the days following Trump’s designation. He tweeted out his gratitude for President Trump’s continued support in securing him the position.

“Prime Minister Netanyahu thanked President Trump for the tremendous support in Israel, including the recognition of Jerusalem and the Golan Heights, as well as for his steadfast stand against the Iran regime, which includes the president’s decision yesterday against Iran’s Revolutionary Guards,” Netanyahu tweeted.

Other Israeli officials have made efforts to thank Trump for his continued support.

In 2017, the Transportation Minister Israel Katz put forth plans to name a train station leading to the West Wall after Trump. The following year, Jerusalem Mayor Nir Barket announced a public square in the city would be named after the President.

“This is the way in which Jerusalem returns love to the president and residents of the United States who stand by the state of Israel,” Barket said in an official event.