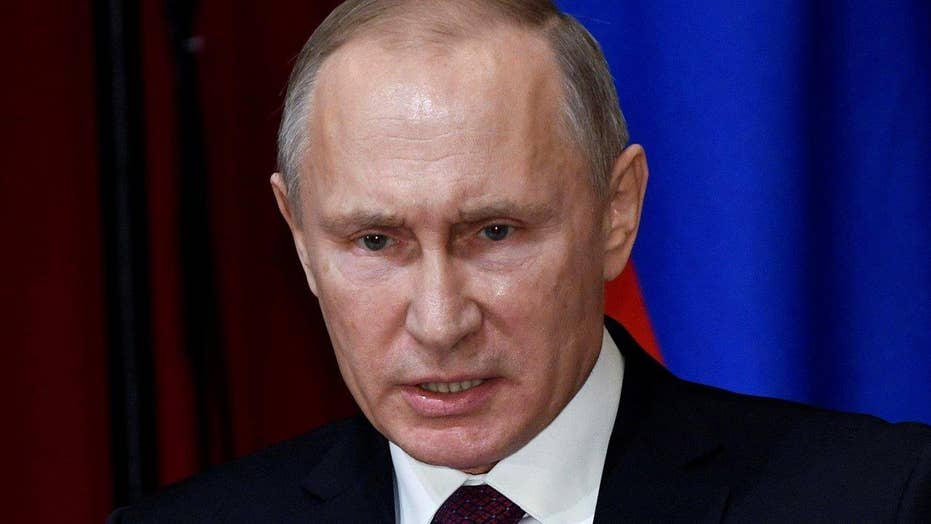 US denies Moscow's claim that relations are 'frozen'

Reaction from Naveed Jamali, reserve intelligence officer with the Office of Naval Intelligence

"We can say with certainty: We are stronger now than any potential aggressor," he told the meeting. "Anyone!"

His comments come at the end of a year when tensions between Russia and the West have remained on edge over the civil war in Syria.

Tensions between Russia and the West have been souring ever since Russia's 2014 annexation of Crimea and surreptitious support of separatists in eastern Ukraine. Relations dipped further after Russia last year launched an air offensive in Syria to support President Bashar Assad.

Both Russia and NATO members have conducted a flurry of military drills near Russia's borders this year. Russia insists it is responding to a growing NATO threat.

Speaking at the defense ministry's headquarters in Moscow, Putin said Russia should be swift in "adjusting plans to neutralize potential threats to our country."

He said strengthening Russia's nuclear capability should be a chief objective for 2017.

"We need to enhance the combat capability of strategic nuclear forces, primarily by strengthening missile complexes that will be guaranteed to penetrate existing and future missile defense systems," Putin said.

At the same meeting, Defense Minister Sergei Shoigu presented an annual report that lauded Russian military achievements in Syria and ongoing efforts to modernize the army.

Shoigu said Russia has fully covered the Russian border with early warning anti-missile systems for the first time. He complained about increased NATO surveillance flights in border areas and announced plans to send more troops to Russia's west, southwest and the Arctic.

"Instead of uniting efforts against the global evil, terrorism, NATO has proclaimed Russia its main threat and continues to increase its military potential around our borders," Shoigu said.

Igor Sutyagin, a senior research fellow at London's Royal United Services Institute think tank, said the Russian military was not the world's strongest. But he said Russian military performance was improving in part because Putin wields more control over his military compared with NATO nations.

"The lack of restrictions makes them better equipped for combat," he said. "They are stronger because if Putin wants to use them, he doesn't ask advice. He doesn't come to Parliament or to Capitol Hill."

In its annual report on the global military balance, Britain's International Institute for Strategic Studies noted that Russia's use of new cruise missile designs in Syria and other recent military displays showed that it was catching up with the West on advanced weapons systems.

Putin thanked the defense ministry for its work but cautioned that "the situation might change very quickly (if) ... we let ourselves relax even for a moment."