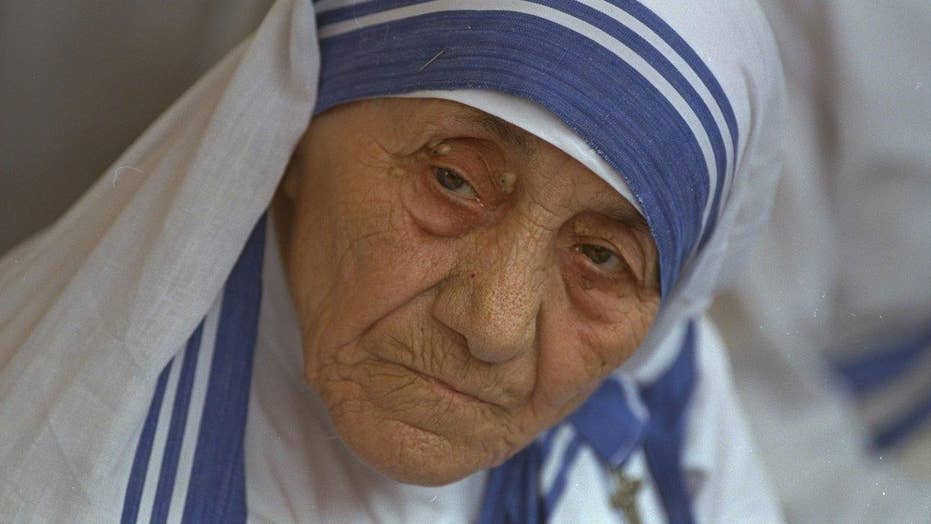 Miracle approved: Mother Teresa will be made a saint

Pope Francis has approved the second miracle required to elevate Mother Teresa, one the Catholic Church's most famous figures of the 20th century, to sainthood, the Vatican confirmed Friday.

Mother Teresa's canonization ceremony is expected to take place sometime late next year. Italian media have speculated that the ceremony will take place in the first week of September -- to coincide with the anniversary of her death, and during Francis' Holy Year of Mercy.

A Vatican statement said the second miracle involved a Brazilian man with a viral brain infection that resulted in multiple abscesses with triventricular hydrocephalus.

In December 2008 the patient was in a coma and dying and various treatments had been ineffective. The patient’s wife is said to have continuously sought the intercession of Mother Teresa for her husband.

On Dec. 9, while the patient was being wheeled into an operating room for emergency surgery, his wife went to church and along with the pastor begged Mother Teresa for the cure.

The Vatican statement added that 30 minutes after the patient arrived in the operating room, the doctor found the patient awake and without pain.

The patient then asked the doctor, "What am I doing here?"

The man, now completely healed, resumed his work as a mechanical engineer without any particular limitation.

This past September, the Vatican's medical commission voted unanimously that his cure was inexplicable in the light of current medical knowledge. On Tuesday, Pope Francis received the final approval for canonization of the Congregation for the Causes of Saints meeting.

In Calcutta, she founded the Missionaries of Charity to look after the poorest of the poor. The organisation has more than 4500 religious sisters in 500 institutions operating in some 100 countries.

A Nobel laureate in 1979, she dedicated her life to looking after the destitute and dying in India.

Mother Teresa died Sept. 5, 1997 at the age of 87. At the time, her Calcutta, India-based Missionaries of Charity order had nearly 4,000 nuns and ran roughly 600 orphanages, soup kitchens, homeless shelters and clinics around the world.

She was beatified by Pope John Paul II in 2003, which is the step before sainthood. In that case, the Vatican said an Indian woman's prayers to the nun rid her of an incurable tumor.