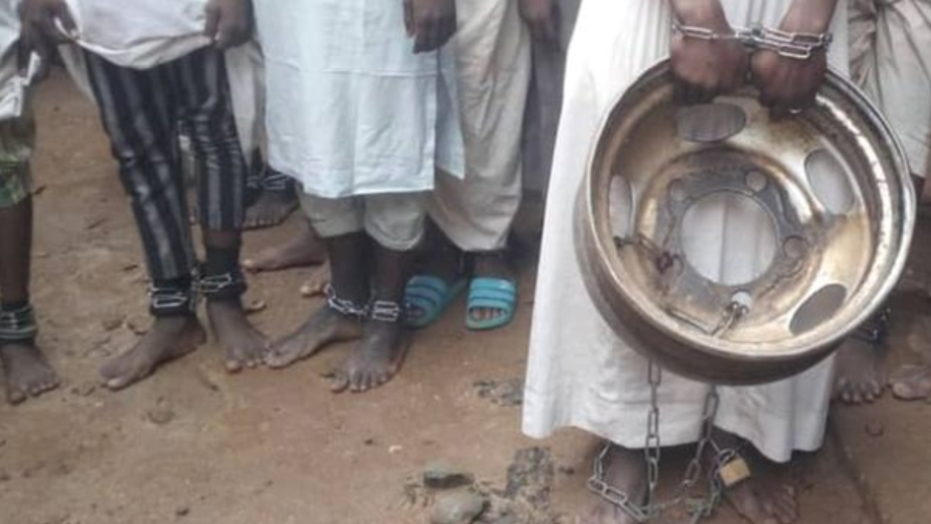 Nigerian police say more than 300 men and boys have been rescued from a building thought to be an Islamic school where they were held against their will, sexually abused, starved and tortured.

Children as young as 5 were among those rescued in the northern city of Kaduna. Reuters reported that most of the victims seen by a reporter were children, some in their late teens. One boy, holding a police officer’s hand as he wobbled unsteadily, had visible sores on his back, possibly the result of whipping.

"The condition under which we found the victims was so dehumanizing, many of them were chained," police spokesman Yakubu Sabo told the Associated Press. The owner and six others who were said to be teachers have been arrested, he added.

Kaduna Police Chief Ali Janga told the BBC that police raided the building after a local tip. He described it as a “house of torture” and a place of slavery.

IRAN HAS WORLD'S 'FASTEST-GROWING CHURCH', DESPITE NO BUILDINGS: DOCUMENTARY

The building's owner told police the children had been brought by their families to learn the Quran or because they had problems such as drug addiction. But police said the place was not licensed to run any reformatory or educational program.

"I have spent three months here with chains on my legs," one detainee, Bell Hamza, told Nigerian media.

Another young man, Hassan Yusuf, told Reuters he had been sent to the school because of concerns over his way of life after studying abroad for a few years. “They said my lifestyle has changed -- I’ve become a Christian, I’ve left the Islamic way of life,” said Yusuf.

Hassan Mohammed, who was the uncle of the three of the freed children, told Reuters he reported the school to the police after officials denied the family contact with the children. The children’s mother had sent them to the school after their father had died.

“I begged, they said no, we can’t see these children until three months. When we went back home ... we said the only thing now is we should report this issue to the police station; that is exactly what we did,” said Mohammed.

The rescued children have been moved to a camp at a stadium in Kaduna and the state government is providing for them while police attempt to locate their guardians.

Boys can be seen begging on the streets in cities across largely Muslim northern Nigeria. They often are sent away by their families for Koranic training but then can be turned out into the streets by their new guardians to beg to earn their keep.

An aide to President Muhammadu Buhari, who comes from the north, earlier this year noted the widespread view that the "almajiri" learning system associated with begging was a "security challenge and a scar on the face of Northern Nigeria."

But the aide, Garba Shehu, rejected reports that the president had banned the system, saying a ban would need to follow due process and consultation with relevant authorities.

"Indeed, the federal government wants a situation where every child of primary school age is in school rather than begging on the streets during school hours," he said. "At the same time, we don't want to create panic or a backlash."