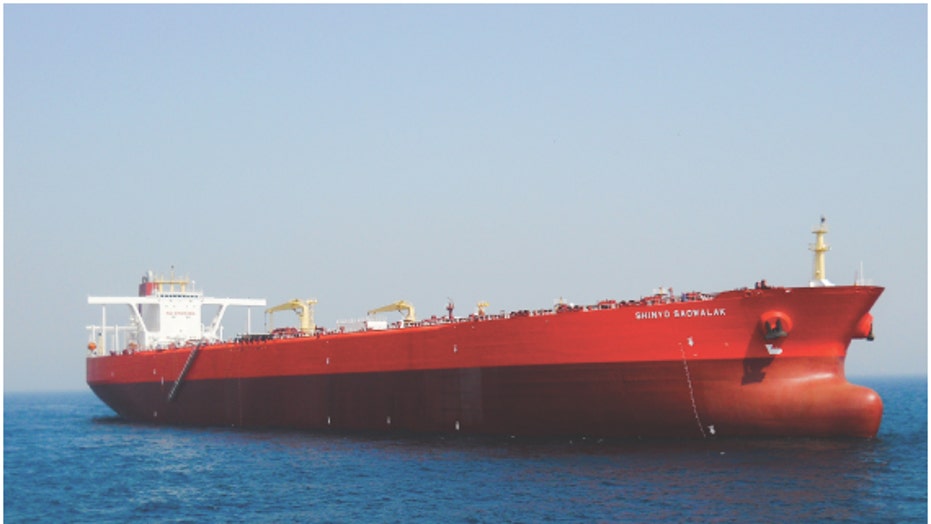 Pirates off the coast of Nigeria late Tuesday boarded a fully loaded supertanker and kidnapped 19 crew members on board, according to a report.

Pirates off the coast of Nigeria hijacked a Navios-owned vessel late Tuesday. (sec.gov)

A spokesman for Navios, the ship’s owner, told the outlet that the crew members remain missing. Those who weren’t kidnapped managed to sail the vessel to a safe location.

Eight of the 19 crew members onboard the Hong Kong-flagged vessel were Indian, and one was Turkish, the New Indian Express reported.

The "prime concern is the safety and early return of the 19 persons taken by the pirate gang,” the Navios spokesman said. “All the appropriate authorities, including the Flag State, have been alerted and are responding, and all the necessary action is being taken to secure their well-being and early release.”

The area has been known for small-scale pirate attacks in recent years, though overall figures have dropped. In July, 10 Turkish sailors were kidnapped by gunmen off the coast of Nigeria while heading from Cameroon to the Ivory Coast.

Between January and September of this year, nearly 20 percent of attacks where hijackers boarded a vessel took place off the coast of Nigeria, according to data from the International Maritime Bureau.