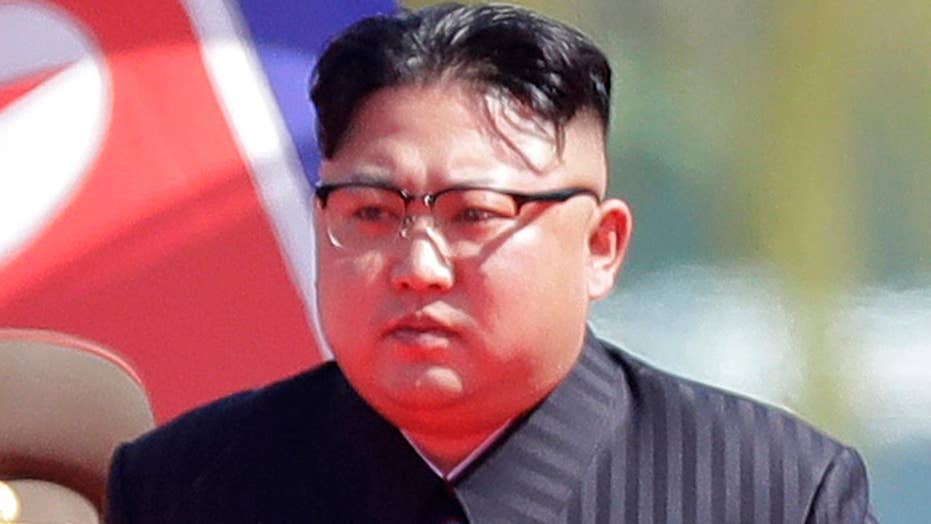 The rogue regime is threatening the U.S. over newly issued sanctions

SEOUL, South Korea – North Korea, which on Thursday threatened to sink Japan and turn the U.S. into “ashes and darkness” after the UN imposed new sanctions, is prepping for another missile launch, defense officials told Fox News.

U.S. diplomats here and across the world are working to rein in the North Korean regime. But Lankov, also a professor at Seoul’s Kookmin University, said their efforts could be futile.

‘I don’t think there is, unfortunately, any way to stop them,” he said.

A military option, however, does exist, he said. U.S. forces are training for that possibility. But Lankov noted that the casualties would be high and therefore it would be an “absolute disaster.”

THE WORLD IS FIXATED NORTH KOREA'S LEADER, MISSILES. SO WHY DO WE CONTINUE TO OVERLOOK ITS FORLORN PEOPLE?

He said neither sanctions nor regional diplomacy will make an impact in Pyongyang. And even when North Korea does decide to talk, Lankov thinks “they will not want to talk about de-nuclearization…they will want to talk about a nuclear freeze…in exchange for political and economic concessions.”

Pohang, South Korea on Sept.12, 2017. A military option in North Korea does exist. U.S. forces are training for that possibility. (Fox News)

That said, Lankov said he is only “mildly worried.” He thinks Kim is rational and knows that war with the U.S. would mean the end of him and his regime.

So, Lankov said, Kim would not “pull the (nuclear) trigger.”

But things, he said, can always go wrong.

“There is the probability of mistakes, misunderstandings, stupidity,” Lankov said, “and just bad luck.”

Everyone hopes the worst-case scenarios can be avoided.