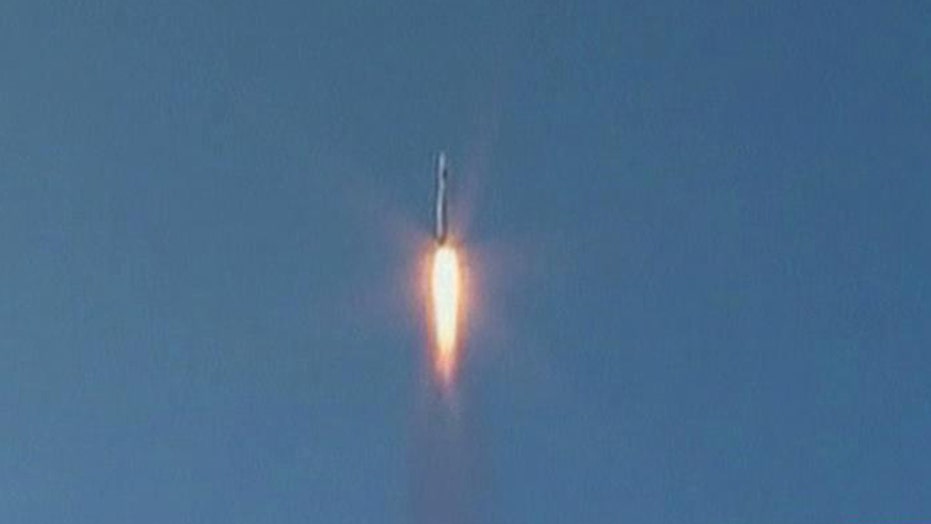 The commission reaffirmed in its declaration that December's rocket launch was a peaceful bid to send a satellite into space, but also said the country's rocket launches have a military purpose: to strike and attack the United States.

"We do not hide that a variety of satellites and long-range rockets which will be launched by the DPRK one after another and a nuclear test of higher level which will be carried out by it in the upcoming all-out action, a new phase of the anti-U.S. struggle that has lasted century after century, will target against the U.S., the sworn enemy of the Korean people," the commission said, referring to North Korea by its official name, the Democratic People's Republic of Korea.

"Settling accounts with the U.S. needs to be done with force, not with words, as it regards jungle law as the rule of its survival," the commission added.

The U.S. State Department had no immediate response to Thursday's statement. Shortly before the commission issued its declaration, U.S. envoy on North Korea Glyn Davies urged Pyongyang not to explode an atomic device.

"Whether North Korea tests or not, it's up to North Korea. We hope they don't do it. We call on them not to do it," he told reporters in Seoul after meeting with South Korean officials. "It will be a mistake and a missed opportunity if they were to do it."

Davies said that if North Korea begins "to take concrete steps to indicate their interest in returning to diplomacy, they may find in their negotiating partners willing partners in that process."

While experts say North Korea doesn't have the capability to hit the U.S. with its missiles, recent tests and rhetoric indicate the country is feverishly working toward that goal.

South Korea's top official on relations with the North said Pyongyang's nuclear and missile development is a "cataclysm for the Korean people," and poses a fundamental threat to regional and world peace. "The North Korean behavior is very disappointing," Unification Minister Yu Woo-ik said in a lecture in Seoul, according to his office.

China's Foreign Ministry called for restraint and a return to six-party talks, but effectively urged North Korea not to take action that would increase tensions between the U.S., China, Russia, Japan and the two Koreas, Reuters reported.

"We hope the relevant party can remain calm and act and speak in a cautious and prudent way and not take any steps which may further worsen the situation," Foreign Ministry spokesman Hong Lei was quoted as telling reporters press briefing.

North Korea claims the right to build nuclear weapons as a defense against the United States, its Korean War foe.

The bitter three-year war ended in a truce, not a peace treaty, in 1953, and left the Korean Peninsula divided by the world's most heavily fortified demilitarized zone. The U.S. leads the U.N. Command that governs the truce and stations more than 28,000 troops in ally South Korea, a presence that North Korea cites as a key reason for its drive to build nuclear weapons.

For years, North Korea's neighbors had been negotiating with Pyongyang on providing aid in return for disarmament. North Korea walked away from those talks in 2009 and on Wednesday reiterated that disarmament talks were out of the question.

North Korea is estimated to have stored up enough weaponized plutonium for four to eight bombs, according to scientist Siegfried Hecker, who visited the North's Nyongbyon nuclear complex in 2010.

In 2009, Pyongyang declared that it would begin enriching uranium, which would give North Korea a second way to make atomic weapons.

North Korea carried out underground nuclear tests in 2006 and 2009, both times just weeks after being punished with U.N. sanctions for launching long-range rockets.

In October, an unidentified spokesman at the National Defense Commission claimed that the U.S. mainland was within missile range. And at a military parade last April, North Korea showed off what appeared to be an intercontinental ballistic missile.

Satellite photos taken last month at a nuclear test site in Punggye-ri, in far northeast North Korea, showed continued activity that suggested a state of readiness even in winter, according to analysis by 38 North, a North Korea website affiliated with the Johns Hopkins School for Advanced International Studies.

Another nuclear test would bring North Korea a step closer to being able to launch a long-range missile tipped with a nuclear warhead, said Daniel Pinkston, an analyst with the International Crisis Group.

"Their behavior indicates they want to acquire those capabilities," he said. "The ultimate goal is to have a robust nuclear deterrent."