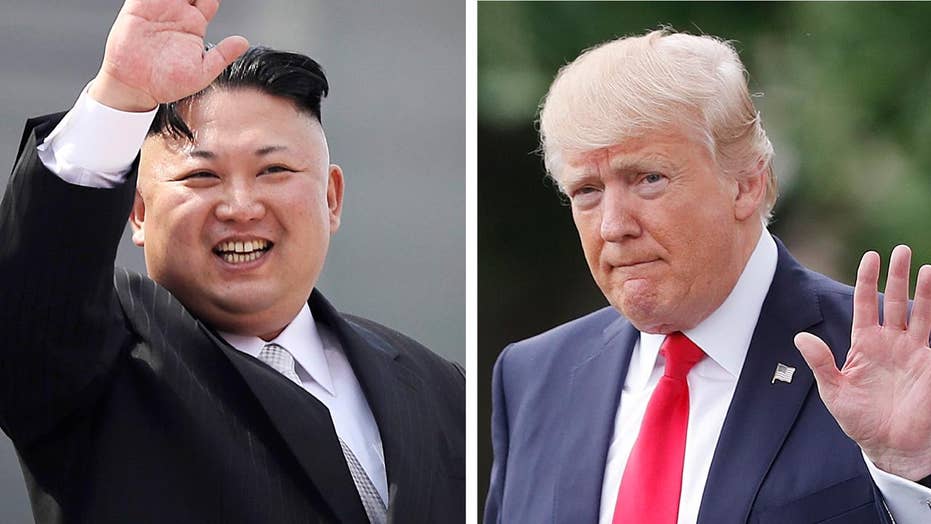 North Korea accuses US of pushing world toward nuclear war

North Korea on Tuesday said the United States’ decision to fly two supersonic B-1B Lancer bombers in the area in a training drill is a provocation and puts the two countries on the brink of a nuclear war.

"The reckless military provocation is pushing the situation on the Korean peninsula closer to the brink of nuclear war," the North's official KCNA news agency said on Tuesday, according to Reuters.

North Korea conducted another missile test on Saturday, its third launch in April alone, which reportedly failed soon after launch, and its Foreign Ministry said Monday the country will speed up measures to bolster its nuclear program "at the maximum pace."

A statement circulated by North Korea's U.N. Mission says the government is ready to respond to any option taken by the United States.

In a taped interview broadcast Sunday on CBS' "Face the Nation," the president would not discuss the possibility of military action, saying: "It is a chess game. I just don't want people to know what my thinking is."

Trump also said that he would be willing to meet with Kim. The New York Times reported that no sitting president has met with a North Korean leader since his grandfather, Kim Il-sung.

“Kim Jong-un would be delighted to meet with President Trump on the basis of one nuclear leader to another,” Christopher R. Hill, a diplomat under President George W. Bush, told the paper. “If I were Trump I would pass on that.”