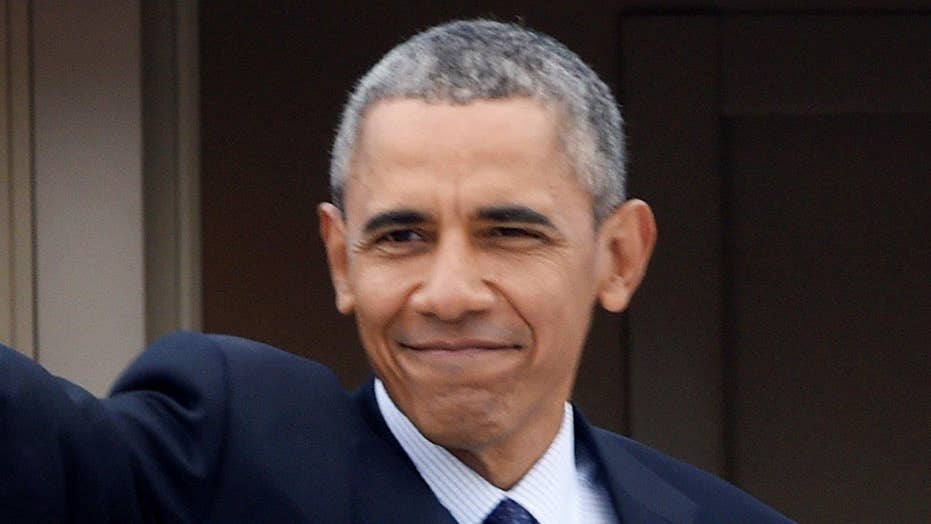 Obama on North Korea threat: US, allies are first priority

North Korea reportedly placed a new midrange missile capable of hitting some U.S. military posts in Asia on standby, as Pentagon officials confirmed to Fox News Tuesday they saw indications that Pyongyang also was preparing for a fifth nuclear test.

Yonhap reported the missile on standby is one of two Musudan missiles North Korea had earlier deployed in the northeast before it fired one earlier this month. U.S. officials said the earlier launch ended in failure.

A new nuclear test would be North Korea's first since January, when Pyongyang claimed it detonated a hydrogen bomb. U.S. defense officials said it likely was a smaller nuclear bomb, but still large enough to cause concern.

Analysts say a fifth test could happen before North Korea holds a ruling Workers' Party congress in early May so that leader Kim Jong Un can burnish his image at home and further cement his grip on power.

Pyongyang said two days ago it had successfully test-fired a ballistic missile from a submarine as part of its weapons tests during ongoing South Korea-U.S. military drills. Seoul officials said they could not confirm whether Saturday's test-firing was a success.

The United Nations slapped tough sanctions on North Korea after its January test and a February long-range rocket launch. Park said Tuesday a further provocation by North Korea would only speed up its collapse, according to her office.

Meeting with senior South Korean journalists, President Park Geun-hye said that South Korea believes North Korea can conduct a nuclear test anytime it decides to do so. She didn't elaborate on why South Korea made such an assessment.