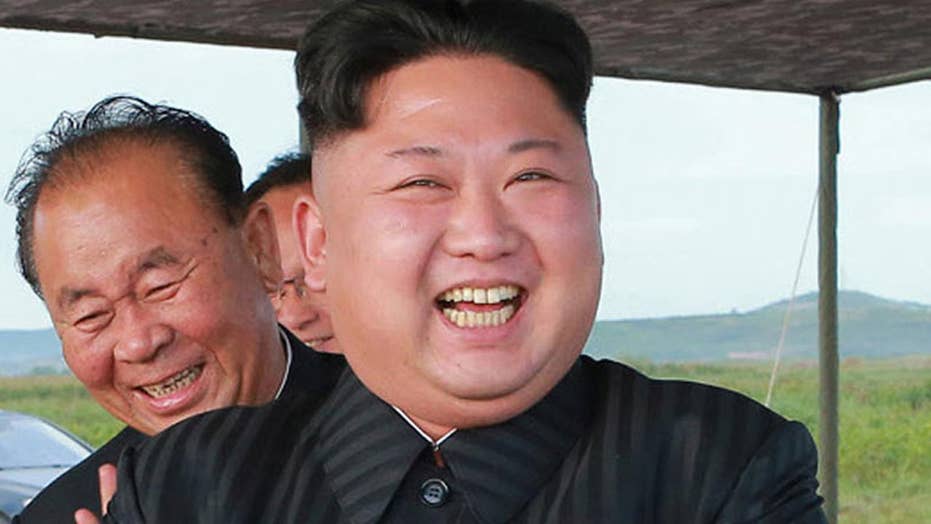 U.S. Air Force bombers and stealth fighter jets flew over the Korean Peninsula Sunday in a “show of force” aimed at Kim Jong Un’s regime, two days after North Korea launched a second intermediate-range missile over Japan – and less than a month after the rogue nation conducted its sixth nuclear test.

The move comes in response to North Korea’s Friday intermediate-range missile test, which flew over Japan – the second such test to do so in less than a month. The missile was launched from Sunan, the site of Pyongyang’s international airport, and flew over northern Japan before landing in the Pacific Ocean. It flew 2,300 miles, ostensibly placing the U.S. territory of Guam in range of a missile attack.

The volatile dictatorship on Monday scoffed at the United Nations Security Council’s condemnation of the missile test and vowed to continue its goal of becoming a nuclear state. The U.N. Security Council accused North Korea of undermining regional peace and causing “grave security concerns around the world.”

"The increased moves of the U.S. and its vassal forces to impose sanctions and pressure on the DPRK will only increase our pace towards the ultimate completion of the state nuclear force," North Korea’s Ministry of Foreign Affairs said in a statement released by the state’s official Korean Central News Agency.

Kim Jong Un also said Saturday his regime would complete its final goal to “establish the equilibrium of real force with the U.S. and make the U.S. rulers dare not talk about military option or [North Korea].”

President Trump, though, mocked the regime’s leader in a series of Sunday tweets, referring to Kim Jong Un as “Rocket Man.”

Trump appeared to be referencing the U.N. sanctions against North Korea banning all natural gas liquids and condensates imports and capped crude oil imports at the level of the last 12 months. The Trump administration initially pushed for a ban on all oil and natural gas exports to North Korea, along with a freeze on all foreign financial assets of Kim Jong Un and the government.

National Security Adviser H.R. McMaster told "Fox News Sunday" the U.S. must "move with a great deal of urgency" in dealing with North Korea. Trump and South Korea’s President Moon seem to agree on tougher sanctions against North Korea in an attempt to curb its nuclear ambitions; however, China has criticized the U.S. for putting what it views as undue pressure on Beijing to rein in Kim Jong Un.

"The so-called 'China's responsibility theory' is essentially moral kidnapping," the People's Daily, the official paper of China’s Communist Party, said in a commentary. It also noted that sanctions should not harm "legitimate economic and trade exchanges between North Korea and the outside world" and the lives of everyday people.