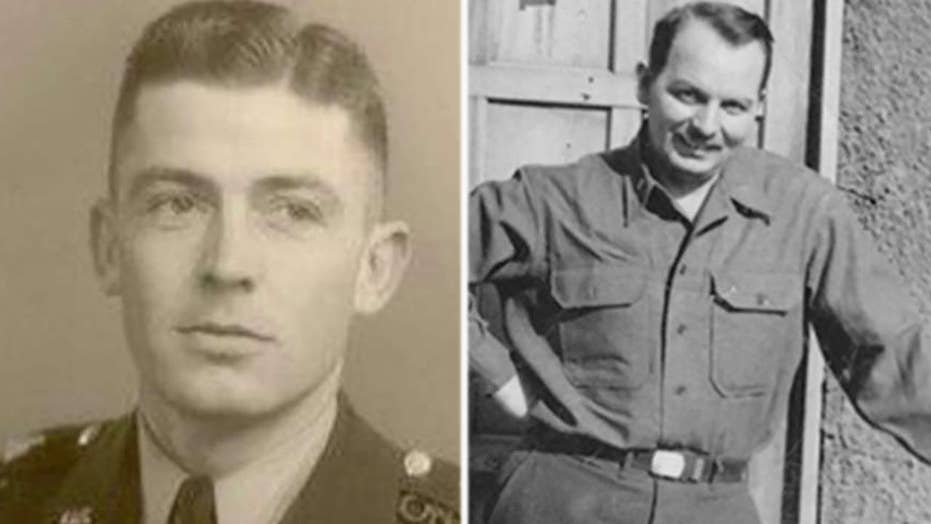 Families seek recovery of US remains from Korean War

Secretary of State Pompeo is 'optimistic' U.S. will receive some remains from North Korea in 'not-too-distant future'; families of Americans missing in Korean War speak out on 'The Story.'

North Korea will return the remains of about 50 Americans killed during the Korean War over the next two weeks, the first set of repatriations since the recent summit between President Trump and Kim Jong Un, a report says.

A senior U.S. defense official said on Tuesday that the move will take place within two weeks, though the exact timing and number of those being returned remain uncertain, according to a Reuters report.

The development comes after a two-day meeting between U.S. and North Korean officials at the Demilitarized Zone. Secretary of State Mike Pompeo said at the beginning of the discussions that “firm commitments” had been made to return the bodies to the U.S.

During last month’s summit in Singapore, Trump said Kim had agreed to return the remains of “thousands and thousands” of Americans that had been killed from 1950 to 1953.

According to the report, Trump said that the remains of 200 servicemen had already been returned, but North Korea had not actually transferred the bodies.

More than 7,800 Americans have been unaccounted for since the Korean War.