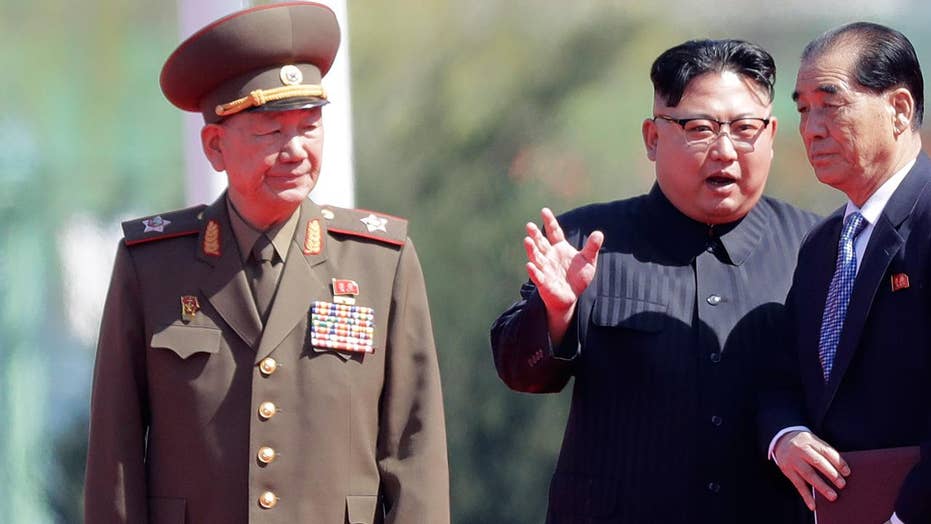 North Korea is stepping up its execution of top political officers to prevent the regime from deteriorating under immense pressure caused by international sanctions, a U.S. general said after recent reports suggested that a key member of Kim Jong Un’s inner circle was reported executed by death squad.

“We’re seeing some increase in executions, mostly against political officers who are in military units, for corruption,” Brooks said. “[The executions] are really about trying to clamp down as much as possible on something that might be deteriorating and keeping it from deteriorating too quickly.”

The general’s comments come after rumors swirled that Hwang Pyong-so, a vice marshal who held the most senior position in North Korea’s military, was reportedly expelled and “punished” for “impure attitude.” Hwang hasn’t been seen in public since Oct. 13. South Korea’s spy agency first reported in mid-March the top aide and his deputy, Kim Won-hong, were killed out of Kim’s circle, according to Yonhap News Agency.

Vice Marshall Hwang Pyong So (bottom L), in full Korean People?s Army uniform, watches an air show by the Korean People?s Air Force with North Korean leader Kim Jong Un (C) on May 10, 2014 in this photo released by North Korea's Korean Central News Agency (KCNA). Hwang Pyong So, now a top military aide to the North's leader Kim Jong Un, has had an unprecedented rise to the top rungs of North Korea's leadership in the space of a few years. With intense speculation on the whereabouts of Kim after his disappearance from official media for over a month, Hwang is even more in focus. REUTERS/KCNA (NORTH KOREA - Tags: POLITICS MILITARY) ATTENTION EDITORS - THIS PICTURE WAS PROVIDED BY A THIRD PARTY. REUTERS IS UNABLE TO INDEPENDENTLY VERIFY THE AUTHENTICITY, CONTENT, LOCATION OR DATE OF THIS IMAGE. FOR EDITORIAL USE ONLY. NOT FOR SALE FOR MARKETING OR ADVERTISING CAMPAIGNS. NO THIRD PARTY SALES. NOT FOR USE BY REUTERS THIRD PARTY DISTRIBUTORS. SOUTH KOREA OUT. NO COMMERCIAL OR EDITORIAL SALES IN SOUTH KOREA. THIS PICTURE IS DISTRIBUTED EXACTLY AS RECEIVED BY REUTERS, AS A SERVICE TO CLIENTS - GM1EAA90O8401

Kim Won-hong was reportedly sentenced to one of North Korea’s prison camps. As for Hwang, many of Kim Jong Un’s recent actions indicate the man whom the dictator has trusted for about a decade was executed -- possibly by the infamous firing squad that also killed Kim’s uncle, Jang Song Thaek.

Brooks also told the Wall Street Journal that North Koreans are defecting via routes that were rare before, such as crossing the Demilitarized Zone. At least two North Korean soldiers have defected through the Joint Security Area in in less than a year — an event that was rarely seen in previous years.

The mounting international sanctions against North Korea since its sixth nuclear test in September have reportedly caused strain in North Korea. The regime’s military scaled back its annual winter military exercises this year. However, the analysts said the scale back doesn’t indicate North Korea’s military capabilities have diminished.