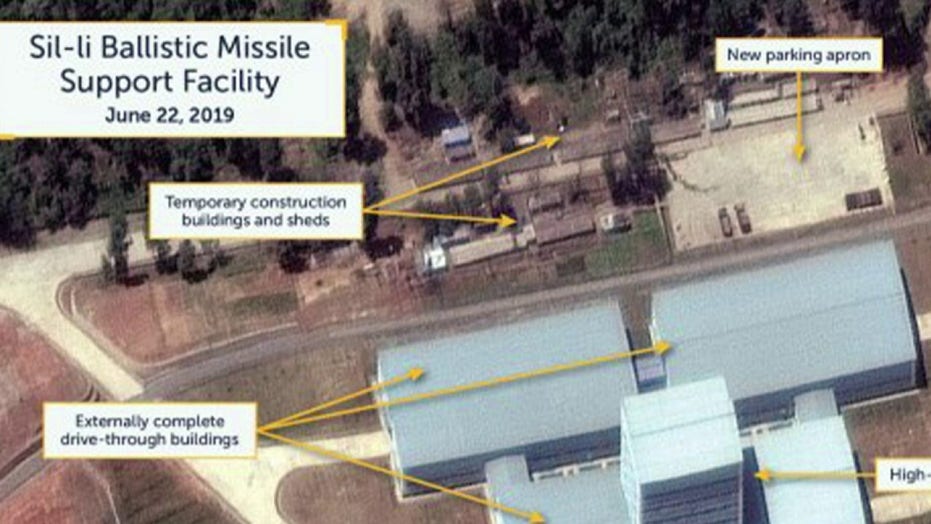 North Korea on Tuesday vowed to cut all lines of communication with South Korea, according to its state news agency KCNA.

The North has threatened for days to close its inter-Korean liaison office with the South if it did not stop defectors from throwing anti-Pyongyang pamphlets over the border.

In this photo provided by the North Korean government, North Korean leader Kim Jong Un attends a meeting of the Politburo of the Central Committee of the Workers' Party of Korea in North Korea Sunday, June 7, 2020.  (Korean Central News Agency/Korea News Service via AP)

KCNA reported that the North will end lines of communication at the liaison office, as well as other hotlines with the South as its first step.

The outlet said that North Koreans have “been angered by the treacherous and cunning behavior of the South Korean authorities with whom we still have lots of accounts to settle.”

It further called the allegedly anti-Pyongyang material “a sign of hostility to all our people.”

“We have reached a conclusion that there is no need to sit face to face with the South Korean authorities and there is no issue to discuss with them, as they have only aroused our dismay,” the report said.

KCNA further reported that Kim Jong Un’s sister, Kim Yo Jong, and other top officials have “stressed that the work towards the South should thoroughly turn into the one against an enemy.”

The announcement signifies a dramatic reversal of diplomatic gains made in the past two years. North-South relations have deteriorated in recent months.

In early May, North and South Korean troops exchanged gunfire along their border, though it didn’t cause any known casualties on either side.

The North Korean threats come amid a prolonged deadlock in its broader nuclear diplomacy with the U.S.