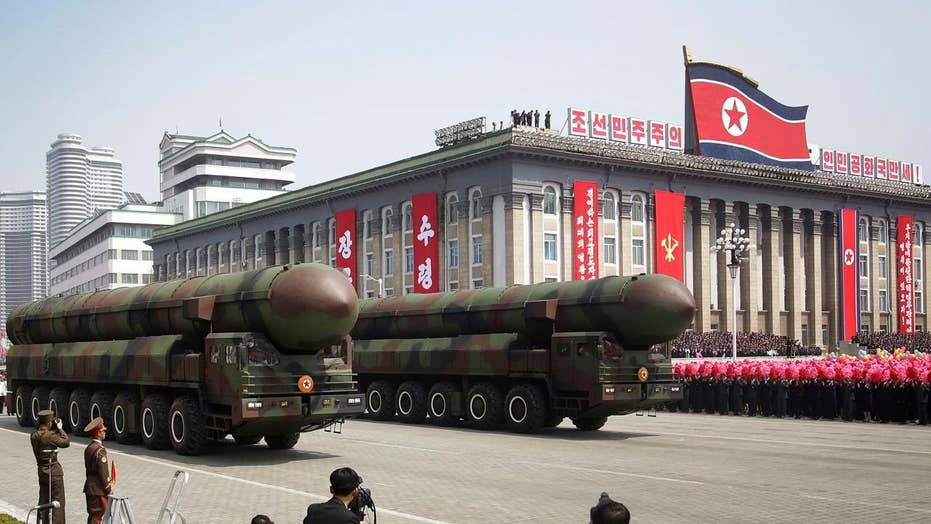 An American research group on Monday claimed that North Korea has begun dismantling its main missile-engine test site, a possible sign that Pyongyang is fulfilling the promises North Korean leader Kim Jong-un made to President Trump at the summit in Singapore last month.

According to an analysis of satellite imagery of the location by the North Korea-focused 38 North website-- between July 20 and 22--the North Korean government appeared to be dismantling the Sohae launch site.

Some facilities on the site were either razed or taken apart. The facilities included a rocket engine test stand, which is used to develop liquid-fuel engines for ballistic missiles. Another facility was identified as a space-launch vehicles and a rail-mounted processing building.

“Since these facilities are believed to have played an important role in the development of technologies for the North’s intercontinental ballistic missile program, these efforts represent a significant confidence building measure on the part of North Korea,” analyst Joseph Bermudez wrote in the 38 North report.

Bermudez said the satellite images indicate that Pyongyang took “an important first step toward fulfilling a commitment made by Kim Jong-un.”

South Korean officials have also said they detected dismantlement activities at the site, though didn’t specify the exact nature of the activities.

The supposed dismantlement of the site comes after Trump and Kim signed an agreement to work towards the goal of “complete denuclearization of the Korean Peninsula.”

Trump said last month after the summit that the North has already started “destroying a major missile engine testing site.” The president didn’t identify the exact site, sparking speculations that North Korea may not be transparent about its activities.

Media reports in recent days also claimed that Trump was frustrated by the lack of progress made by North Korea in its denuclearization efforts, the New York Times reported. The president fired back on Monday, saying he’s “very happy” with how the North has been honoring the commitments made at the summit.

But while many believe the latest presumed efforts to dismantle the site may have a positive effect on denuclearizing the communist state, experts urge caution until the North completely abandons the area.

“If North Korea goes further and dismantle the entire Sohae site, that would meaningfully reduce the country’s long-range missile capability by eliminating a facility where it could fire multiple ICBMs in succession,” said Lee Choon Geun, a missile expert at South Korea’s Science and Technology Policy Institute.

He added, however, that while the first steps in dismantling the site are important, in reality, Pyongyang is giving up little as it appears the country is content with the current long-range weapons in its possession.