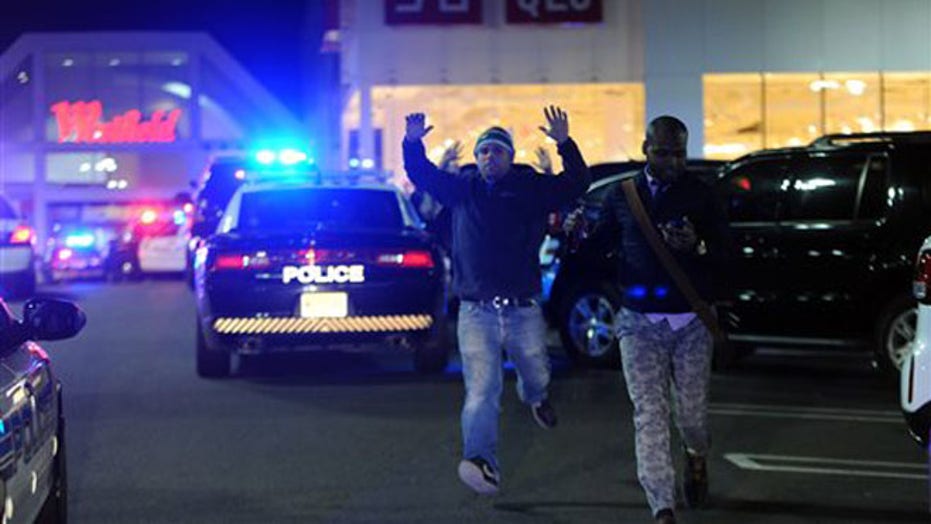 Police officials in New Jersey say the man who opened fire at the Garden State Plaza mall in Paramus is dead.

NEW JERSEY – Police officials in New Jersey say the man who opened fire at the Garden State Plaza mall in Paramus, who was identified as Richard Schoop, 20, of Teaneck, is dead.

Witnesses reported hearing more than five shots being fired into the air on Monday night.

Schoop shot himself, said police. He was found dead inside the mall at approximately 3:20 a.m. on Tuesday.

The incident reportedly started about 9:30 p.m. when police received several 9-1-1 calls from the expansive mall.

The gunman reportedly wore all-black and had a rifle. One witness told Fox 5 News that the gunman was wearing a body suit and helmet and was strolling through the mall shooting into the air.

The entire parking lot was filled with responding police cars on the north end of the mall that is anchored by Nordstrom. Video showed people running from the mall at around 10 p.m.

By 11 p.m., authorities said that it was no longer an active shooter situation but they were still combing the mall and evacuating people from inside the building.

A worker at a Joe's American restaurant in the mall told Fox 5 News he heard shots and mall security told staff to lock the doors. But a witness, Eduardo Bermudez, said everyone started running from the restaurant into the parking lot.

A witness who was leaving a movie theater at the mall told Fox 5 News that she saw people running from the mall and then heard at least four shots. She said the shots were in the area of the Apple store on the second floor of the mall.

Paramus Mayor Richard LaBarbiera said in an interview that only one shot had been confirmed and that only one shell casing had been found inside the building, but a county official later said that multiple shots had been fired.

Authorities at first said that they believed the shooter had left the mall but his location was unknown.  The mall remained on lockdown until the shooter's body was found.