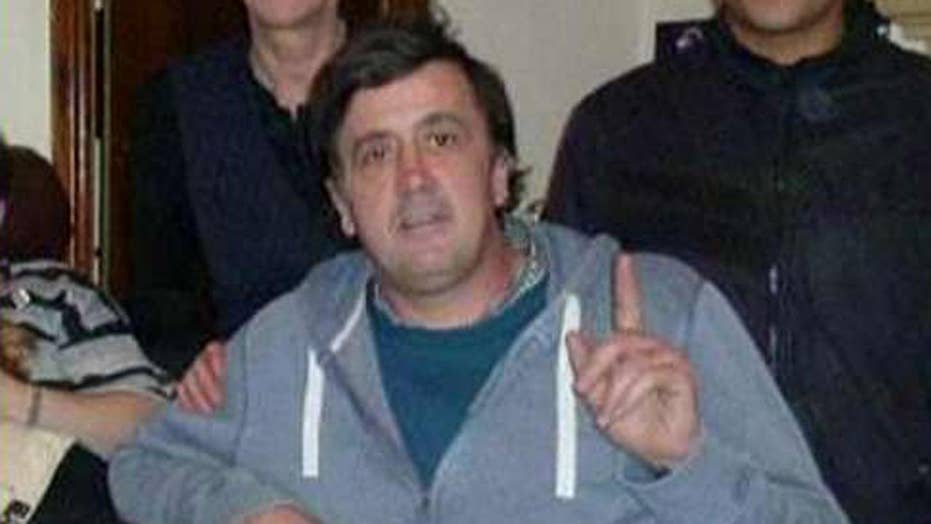 LONDON – Neighbors and acquaintances described the man who allegedly attacked a group of Muslim worshippers as an unemployed lout who was drinking heavily and making anti-Muslim remarks in the days before the attack — details to be closely examined as the investigation widened Tuesday.

The attack unfolded Monday when the alleged assailant, identified by British media as 47-year-old Darren Osborne, drove a rental van into a crowd of Muslim worshippers outside a mosque in the north London neighborhood of Finsbury Park, an area with a significant Muslim population. The larger Finsbury Park Mosque, which was once associated with several extremist preachers before it was shut down and reformed, is located nearby. Nine people were injured in the attack.

One man also died after slipping outside the Muslim Welfare House as evening prayers concluded for the holy month of Ramadan. Makram Ali, 51, died at the scene in his daughter's arms. She told neighbors that the van had "run over his legs."

Edward Gardiner, who lives in the alleged assailant's neighborhood outside the Welsh capital of Cardiff some 150 miles from where the attack occurred, said he called police early Sunday morning to report a man who appeared to be drunk sprawled inside a parked rental van. He said the man appeared to be sleeping across the vehicle's front three seats with the door open. On Saturday, Osborne had been thrown out of the Hollybush pub after drinking heavily and getting into an argument.

"I could smell alcohol on him and he was grunting and groaning," Gardiner said. "I poked him but he didn't respond so I called (police). I didn't think anything about it but then I saw the news reports, and it was the same guy, the same van."

British authorities have said the attacker, who is being held on terror charges, was not known to them or associated with extremist groups, but investigators are exploring reported anti-immigrant and anti-Muslim remarks. Police are also looking into a statement made by his family that he was "troubled for a long time." Police, who haven't formally named him, said Tuesday they could not release details on whether the attacker was drunk at the time of the attack or whether he was on other medication.

In a statement on behalf of the family, Osborne's nephew, Ellis Osborne, said they were devastated for the families of the victims but said that his uncle was not a racist. Osborne's sister, Nicola, said her brother had been "troubled for a long time."

The attack, which followed three Islamic State group-inspired attacks in Britain, drew criticism from the Muslim community, which said police were slow to call the incident a "terror attack." They also complained that a recent spike in hate crimes targeting Muslims has garnered little attention. Since the London Bridge attack earlier this month, police say hate crimes against Muslims have increased five-fold.

The attacks, which have left 34 dead and scores wounded, have polarized some sections of Britain, already divided over the decision to leave the European Union in a vote that was largely fueled by racist, anti-immigrant and anti-Muslim rhetoric fanned by right-leaning tabloids.

During Monday's attack, witnesses described hearing the assailant shout: "I am going to kill Muslims!" He was detained by members of the public before police arrived.

Pub regular Phil Henry said Osborne was kicked out of the Hollybush pub on Saturday after shouting about Islam.

"He came in here and he was just staring before he started shouting," he said.

Khadijeh Sherizi, who converted to Islam in 2003, said Osborne was usually polite and her children, who are Muslims, would play with his children most days.

But on Saturday, she said Osborne approached her 12-year-old son and called him "inbred." The next day, Osborne repeated the insult to her 10-year-old daughter, Sherizi said.

"We are Muslim, but I am white," Sherizi said. "Sometimes I feel threatened with my veil on. I know exactly what people are thinking by their looks."

Neighbors said Osborne had been living in a tent after being kicked out of the family home. He has four children, according to British media.

Cressida Dick, the Metropolitan Police commissioner, called the incident "quite clearly an attack on Muslims."