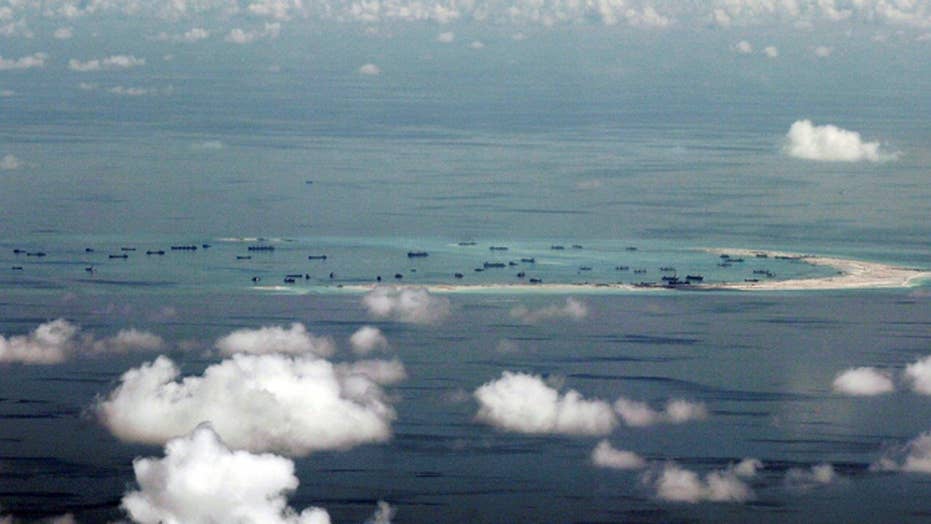 EXCLUSIVE: China has sent more surface-to-air missiles from the mainland to the South China Sea, and the U.S. intelligence community anticipates these new missiles will eventually go to some of China’s disputed territories for the first time, two U.S. officials tell Fox News.

The new missiles have been seen by American intelligence satellites on China’s provincial island province of Hainan. While Hainan is not part the disputed islands, officials say this location is “only temporary” and anticipate the missiles will be deployed soon to the contested Spratley Islands or Woody Island.

The two missile systems seen on Hainan island are known as the CSA-6b and HQ-9. The CSA-6b is a combined close-in missile system with a range of 10 miles and also contains anti-aircraft guns. The longer-range HQ-9 system has a range of 125 miles, and is roughly based on the Russian S-300 system.

This latest deployment of Chinese military equipment comes days after the Chinese returned an unclassified underwater research drone in the South China Sea. The Pentagon accused a Chinese Navy ship of stealing the drone, over the objections of the American crew operating it in international waters to collect oceanographic data.

China has deployed surface-to-air missiles to Woody Island in the South China Sea before, as Fox News first reported in February.

It has yet to deploy missiles to its seven man-made islands in the Spratly chain of islands. Weeks ago civilian satellite imagery obtained by a Washington, D.C., based think-tank showed gun emplacement on all the disputed islands, but not missiles.

Earlier this month, Fox News first reported China getting ready to deploy another missile defense system from a port in southeast China. China also flew a long-range bomber around the South China Sea for the first time since March 2015 and days after Mr. Trump’s phone call with his Taiwan counterpart.

Days before President Trump’s call, a pair of long-range H-6K bombers flew around the island of Taiwan for the first time.

Beijing has long expressed interest in fortifying its seven man-made islands in the South China Sea.

Last year, China’s President Xi Jinping pledged not to “militarize” the islands, in the Rose Garden at the White House.

“This another example of the adventurous and aggressiveness of the Chinese in the face of an anemic and feckless set of policies that we've seen over the last eigh years,” said retired Air Force Lt. Gen. David Deptula, former head of Air Force intelligence, in an interview with Fox News.

This month, U.S. intelligence satellites also spotted components for the Chinese version of the SA-21 surface-to-air missile system at the port of Jieyang, in southeast China, where officials say China has made similar military shipments in the past to its islands in the South China Sea.

The Chinese SA-21 system, based on the more advanced Russian S-400, is a more capable missile system than the HQ-9.