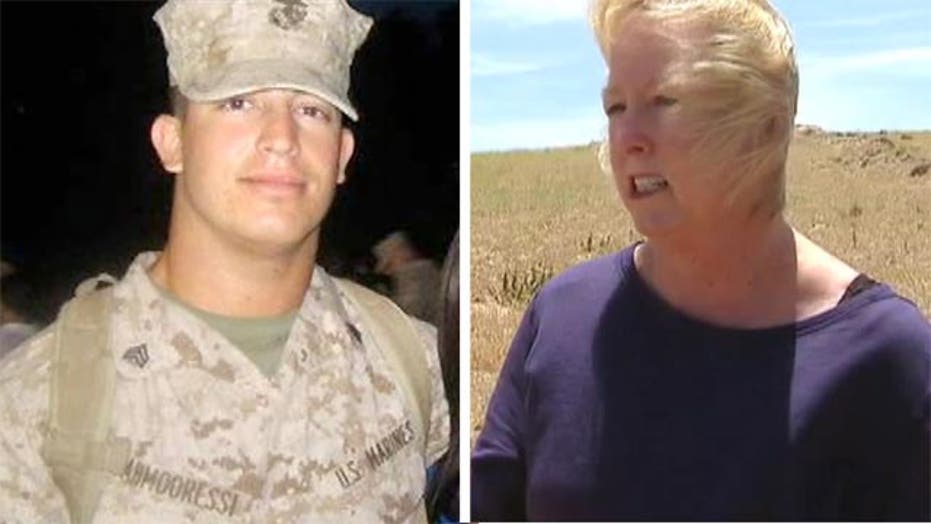 Jailed Marine's Mom: He's not a criminal, he made wrong turn

On the scene in Mexico, Greta talks to the mother of Andrew Tahmooressi about his daily living conditions as he tries to win his freedom after accidentially crossing the border with registered firearms

The mother of a U.S. Marine being held in a Mexican prison on weapons charges told Fox News’ Greta Van Susteren Monday that her son is “not a criminal,” and she is hoping President Obama will respond to his plight.

Jill Tahmooressi said on “On the Record with Greta Van Susteren” that she recently saw her son Andrew after he was transferred to a new prison. She said she was able to bring him clothes and books but not food, and that her son told her he was always hungry.

Sgt. Andrew Tahmooressi, 25, has claimed he was headed to dinner in San Ysidro, California on March 31 when he mistakenly wound up at a border crossing point in Tijuana. According to his mother, Tahmooressi said he made a wrong turn, and Mexican authorities found three guns in his truck.

In an interview on the Mexican border, Jill Tahmooressi told Van Susteren her son would have never intended of smuggling or selling his guns, adding he had them for self-defense.

“He needed those firearms for his own sense of security,” she said. “He never – not for any price – would he have sold those guns.”

Tahmooressi also claimed the family has had issues with the Mexican legal system, saying her son has claimed his Mexican lawyer instructed him to lie about what happened.

“What is still being asked of him by his legal representative we don’t agree with, it’s not what we would do in America,” she said.

Tahmooressi said she is hoping Obama will respond to a petition on her son’s behalf on WhiteHouse.gov. once they garner the necessary signatures, but that so far they have not gotten a response.

Tahmooressi said her son is focused on staying alive so he can return home.

“He is not a criminal. He made a mistake and made a wrong turn…” she said.