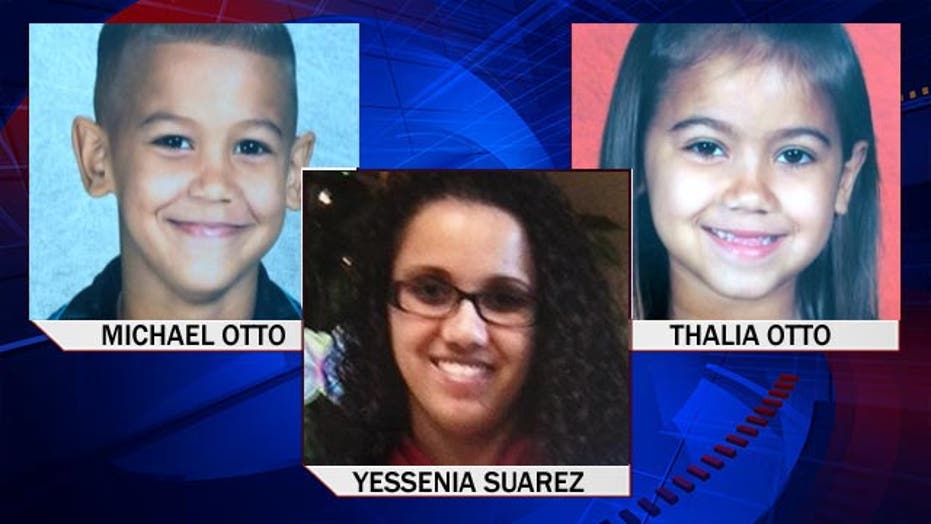 A spokesman with the Volusia County Sheriff's Office has confirmed that a missing mother and her two children are deceased.

A spokesman with the Volusia County Sheriff's Office has confirmed with FOX 35 that a missing mother and her two children are deceased.

Gary Davidson said, however, that the bodies of 28-year-old Yessenia Suarez and her children, 8-year-old Michael Otto and 9-year-old Thalia Otto, have not been located.

"The search for the victims' bodies and the investigation into their deaths is still ongoing, and no one has been charged at this time," Davidson added.

Investigators have briefed the family on the status of the case and are continuing to talk to Luis Toledo, 31, Suarez's husband and is considered a person of interest in the case.

Detectives from Volusia and Seminole counties are jointly investigating. Deputies had received a search warrant to enter the Deltona home of Suarez on Wednesday evening and late Thursday afternoon, a search was underway at a crime scene at W. Airport Blvd. and Truman Blvd. in Sanford near a small business.

A spokesman with the Sheriff's Office said that Suarez had been the victim of domestic violence in Lake Mary on Tuesday. Toledo, who faces a battery charge in that incident, fled before Lake Mary police officers arrived.

When Volusia Sheriff's deputies responded to Suarez's home to conduct the well-being check early Wednesday, she and her children were not there. Toledo arrived at the house a short time later and subsequently arrested. He was booked into the Volusia County Branch, where he remains on a no-bond status.

Suarez's 2013 Honda Accord was later recovered in the parking lot of a Lake Mary Publix.

Toledo and Suarez had been married for two years. Deputies say he is not the father of the two children.

For more stories go to myfoxorlando.com