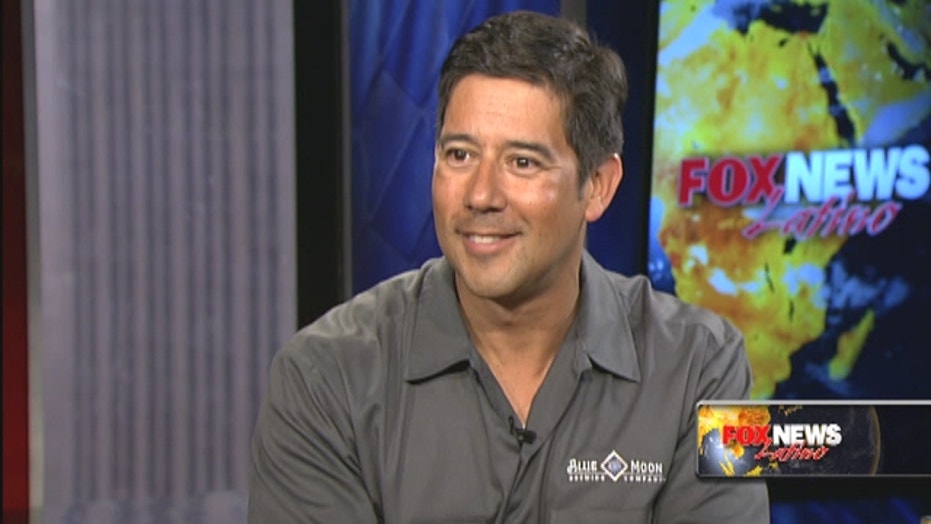 Served with an orange twist, the smooth Blue Moon Belgian-inspired beer has become one of the most popular beers in the world. The mastermind behind its creation is third generation Mexican brewer Keith Villa.

The Colorado-native told Fox News Latino he initially began his career to become a pediatrician after getting a degree in molecular biology, but instead became a brewmaster – brewing craft beers in his dorm room.

“So many people were in the pre-med studies at the university where I went, which was the University of Colorado,” he said. “It was a great area to be in, but beer was even more fascinating.”

Eventually he got a job with Coors Brewing Company, which led him to traveling to the University of Brussels in Belgium to receive his PhD in brewing science – an honor only a handful have received.

After four years in the European country, Villa returned stateside and began tinkering with various craft beers inspired by Belgian-style beer, with a bit of a twist.

“I really fell in love with the style of beer they make there called ‘white ale’, and I thought I want to bring it here to the States and put an inviting twist to it,” he said.

The popular Blue Moon Belgian White beer is made from barley, malted wheat and oats, spiced with coriander and Valencia orange peel, which sets it apart from other Belgian beers which use different oranges.

“It makes a refreshing and flavorful,” Villa said.

The beer launched Blue Moon Brewing Company, now a wholly-owned subsidiary of MillerCoors, which has gone to brew several award-winning beers including the Summer Honey Wheat.

Since the company’s launch in 1995, Villa has continued to tinker with flavoring. So for his most recent concoction, he wanted to get in touch with his Mexican side.

Next month the company is unveiling the new Blue Moon Cinnamon Horchata Ale.

“This one was fun to make because as a child I drank horchata – my grandparents gave it to me and I had it at restaurants, but I never really appreciated it,” Villa said. “As a kid you get it and you drink it, but I rediscovered it in the markets in Latin America as I traveled and I thought ‘this is really, really cool drink to have, but I want to make one for adults.’”

So he did just that.

Horchata is a traditional Latin American drink made from ground almonds, sesame seeds, rice and barley.

The new beer is brewed with long grain rice, spiced with cinnamon and unfiltered giving it a hazy look.

“It has a really nice cinnamon, creamy taste (and) flavor,” Villa said, “which is inspired by the horchata you find at restaurants. It’s just a fun, nice drink to enjoy.”