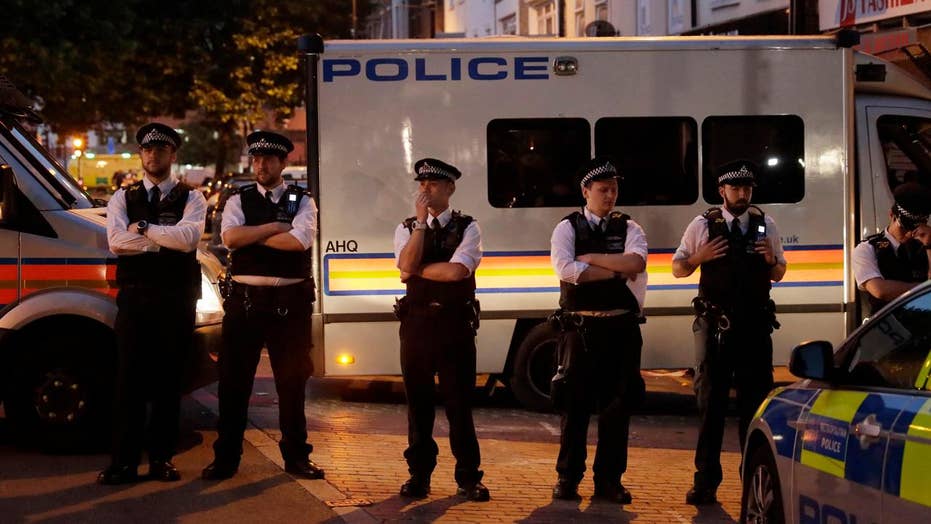 In the dark, early hours of Monday morning, 47-year-old Darren Osborne of Cardiff allegedly drove a large cargo van into a crowd of Muslims leaving Ramadan prayers at a north London mosque. The attack left at least one person dead and 10 injured in an incident British authorities are treating as an act of terrorism.

The attack, which occurred in the Finsbury Park neighborhood, only a few days since an alleged neo-Nazi in the Swedish city of Malmö plowed into a demonstration of around 20 to 30 Iraqi refugees protesting the Nordic nation’s new asylum laws.

While terror attacks perpetrated by the Islamic State – or those who share the Sunni Muslim group’s ideology – have received widespread coverage in the media and generated huge amounts of public outcry, the same cannot be said for the violence directed at Muslim communities around the world.

Yet across the U.S., hate crimes aimed at the Islamic community have spiked in the last few years - from a Muslim woman in Milwaukee being beaten for wearing a hijab to a Long Island woman's car being vandlaized with the words "Trump" and "Islam" etched onto the vehicle.

“How we talk about Muslims and what we hear about Muslims is always about terrorism,” Rabiah Ahmed, the director of media and public affairs at the Muslim Public Affairs Council, told Fox News. “So there is no wonder that there is now a backlash against our community.”

Over the last few years, anti-Muslim violence in the United States alone has risen to levels not seen since the days following the Sept. 11, 2001, terror attacks. A report by the Council on American-Islamic Relations (CAIR) found that hate crime incidents directed at Muslims jumped 44 percent – from 180 to 260 – between 2015 and 2016, and that number is expected to go higher this year.

“I’ve never seen anything like it,” Ibrahim Hooper, a CAIR spokesman told Fox News. “Even after 9/11 it wasn’t this bad. Back then there was Islamophobia for sure, but it was on the fringe, but now it’s in the mainstream, it’s in the White House.”

Hooper is one of many activists in the Islamic community who point to a connection between the escalation of attacks on Muslims and the upward political trajectory of Donald Trump.

Both on the campaign trail and now in the Oval Office, President Trump’s rhetoric toward Muslims and combating terrorism – especially his controversial call to ban refugees and immigrants from six majority-Muslim countries from entering the U.S. – has both bolstered support among some of his supporters and worried many in the U.S. Islamic community.

“The polarization of the political spectrum is creating a really dangerous situation,” Ahmed said. “A lot of people feel more emboldened by the type of rhetoric being espoused now.”

Ahmed added: “It’s a very scary world we live in.”

As last week’s incident in Malmö highlights, instances of anti-Muslim violence are not isolated to the U.S., but recently appear to be spreading in Europe.

The 2016 European Islamophobia Report, featuring the work of 31 scholars across the continent, found that much of the violence directed toward Muslims can be attributed to the arrival of thousands of refugees fleeing war-torn nations in the Middle East and North Africa.

The anti-Muslim trend is also being stoked by the rising tide of populist politicians across the continent, some of whom say the influx of Muslims threatens European economies and employment.

In Hungary, where unemployment is less than 5 percent, Prime Minister Viktor Orban has already completed one of Trump’s campaign proposals in his own country by building a border fence to keep migrants out, and leaders from the far-right German political party Alternative for Germany have encouraged officers to “use firearms if necessary” to prevent migrants from illegally entering the country.

“There appears to be a positive relationship between a nation’s economic well-being, or lack thereof, and the growth of populist right-wing political parties that scapegoat Muslims and immigrants for society’s perceived ills,” wrote Engy Abdelkader, a professor at Georgetown University’s Edmund A. Walsh School of Foreign Service. “Ultimately, however, threats and acts of anti-Muslim violence in a number of European contexts increasingly demonstrate more than a simple sense of dissatisfaction with political, social, or economic challenges. Rather, they reveal a sense of increasing hatred toward Muslims as a people.”

Of all Muslims, experts contend that women have it the worst when it comes to both violence and harassment. Whether it is the controversy surrounding the so-called “burkini ban” on French beaches in 2016 or the attack on the woman in Wisconsin, female Muslims appear to be easy targets for anti-Islam extremists.

“It’s a particularly scary time for Muslim women who wear traditional garb,” Hooper said. “There is a great deal of tension in the American Muslim community. These types of things seem to happen on a daily basis now. It’s frightening.”

Correction: An earlier version of this article stated that the killing of a 17-year-old girl in Virginia was being investigated as a possible hate crime. It has since been deemed a road rage incident.