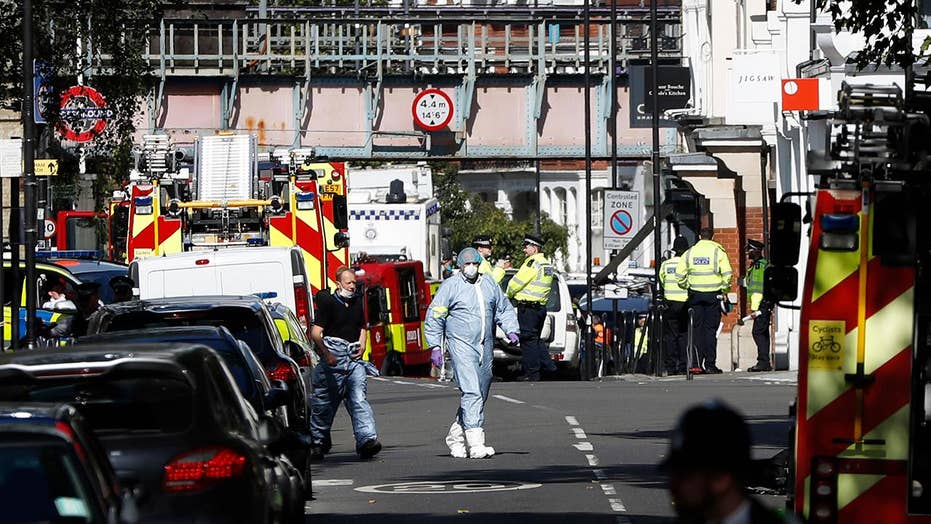 At least 22 hurt in the terrorist attack

The Metropolitan Police said they first received calls regarding the Parsons Green station attack at about 8:20 a.m. local time.

The first ambulance was on scene in five minutes, the London Ambulance Service said in a statement. The London Fire Brigade said it arrived on scene in three minutes.

“Thoughts with those injured in Parsons Green terrorist incident, and thanks to police, ambulance staff and firefighters who are responding,” Labour Party leader Jeremy Corbyn said on Twitter.

Former Prime Minister David Cameron also praised first responders and thanked them for their “swift response” to the attack.

“My sincere gratitude goes to all our courageous emergency responders and the [Transport for London] staff who were first on the scene,” London Mayor Sadiq Khan said in a statement.

He added: “What we’ve also seen today is heroic efforts by Transport for London staff, from Londoners, from paramedics, from the fire service, from the police service showing us at our very best."

U.S. politicians also praised the first responders and offered their thoughts to those injured in the attack.

Washington, D.C. Mayor Muriel Bowser wrote: “Thinking of our friends in London and thankful for first responders who quickly came to aid the injured.”

“I’m grateful that no one lost their lives, and thankful for first responders,” Democratic National Committee Chair Tom Perez said.

Officers were also praised for their “fantastic” response to a terrorist attack on the London Bridge in June, The Guardian reported.

“As so often in such serious situations, the police responded with great courage and great speed. Armed offices from the Metropolitan Police and the City of London Police arrived at Borough Market within moments and shot and killed the three suspects,” Prime Minister Theresa May said in a statement then.