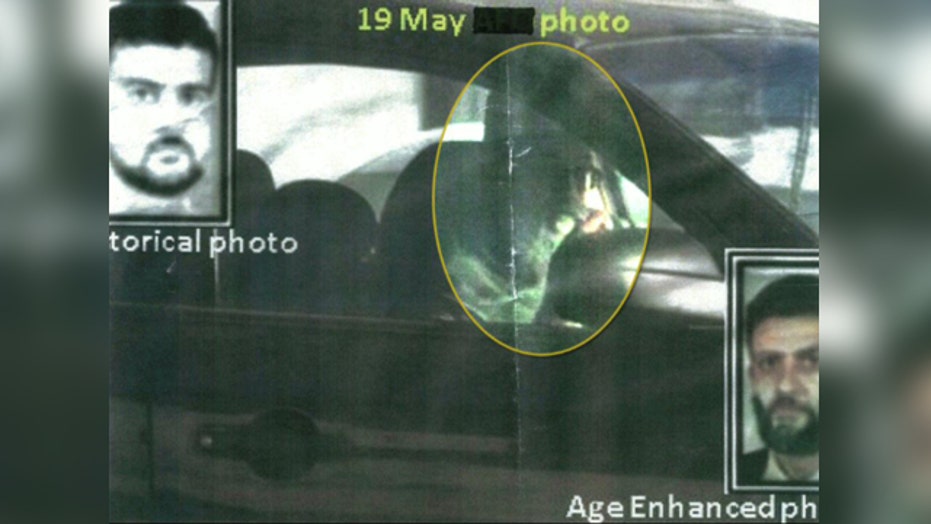 A suspected terrorist who was being held aboard a U.S. warship after being caught in Libya appeared in federal court Tuesday in New York to plead not guilty on charges that he helped plan and conduct surveillance for the bombings of U.S. embassies in Africa in 1998.

The Al Qaeda suspect, known as Anas Al Liby, has been under federal indictment in New York for more than a decade. Al Liby, who has a thick gray beard, kept his hands folded on his lap as the judge read the charges, the Associated Press reports.

Al Liby answered questions from the judge through a translator who spoke Arabic. He said that he did not have money for his own private attorney and wanted the court to appoint him one at no charge, according to a Fox News producer. The court will appoint him an attorney on Oct. 22.

U.S. special operations forces apprehended Al Liby in Libya on Oct. 5 and he was held for 11 days on the USS San Antonio, a Marine amphibious ship, before being brought to the United States. A senior law enforcement official told Fox News Al Liby was transferred from military custody to law enforcement early Saturday and transported by air to New York later Saturday.

Shortly after his capture, U.S. officials found that Al Liby suffered from several pre-existing chronic health conditions and that the medical treatment he required exceeded what he could receive while in military custody at sea.

Al Liby was taken to a medical facility for evaluation upon arrival. He wife has said in interviews that he suffers from Hepatitis C.

“Anas Al Liby was transferred to law enforcement custody this weekend and was brought directly to the Southern District of New York where he has been under indictment for more than a decade,” U.S. Attorney Preet Bharara said in a statement Monday.

Al Liby, whose full name is Nazih Abdul-Hamed al-Ruqai, had previously been on the FBI's list of most wanted terrorists. His family has denied his alleged links to Al Qaeda. Known as one of the terror network's early computer experts, Al Liby is believed to have used an early-generation Apple computer to assemble surveillance photographs in Kenya before a bombing there that killed more than 200 people. That information was presented to Usama bin Laden, who approved the attack, a former federal law enforcement official has said.

Al Liby's arrival in New York was met with criticism from Sen. Jim Inhofe (R-Okla.), who suggested that Al Liby be brought to Guantanamo Bay.

"It is despicable that under the direction of President Obama foreign terrorists who have targeted and killed innocent people are being provided the same rights as American citizens," Inhofe said in a statement Tuesday. "Now that he is on U.S. soil, he will be read his Miranda rights making it much more difficult to gather intelligence to prevent future attacks."

"If Al Liby were instead detained in Guantanamo Bay, he could be held for the duration of hostilities, his interrogation could continue, and still stand trial," Inhofe added.