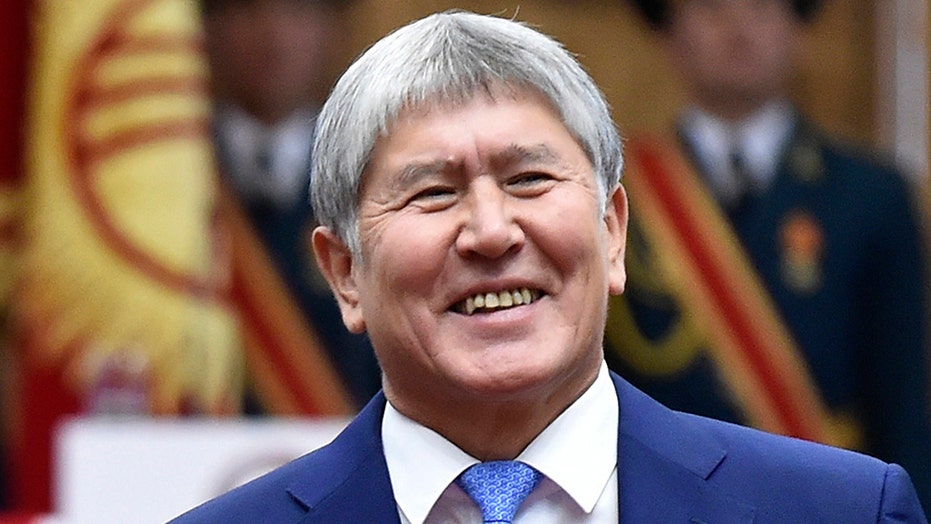 Atambayev supporters repelled the first raid, in which an officer was killed, on Wednesday. Atambayev surrendered after the second raid a day later. (AP Photo/Vladimir Voronin)

Atambayev, who was in office from 2011 to 2017, was stripped of the prosecution immunity he enjoyed as a former president in June. Authorities wanted to subpoena him as a witness in the unlawful release of a Chechen crime boss in 2013, the BBC reported.

The conflict highlights tensions between Atambayev and his handpicked successor, Acting President Sooronbai Jeenbekov. After Jeenbekov took office in 2017, he purged Atambayev loyalists holding powerful government positions, souring their relationship, according to the BBC.

Jeenbekov has also accused Atambayev of multiple counts of corruption, which Atambayev denies.

Atambayev was charged with murder Tuesday following raids on his compound that left one police officer dead, according to reported. (AP)

Kyrgyzstan is a republic in Central Asia that gained autonomy with the collapse of the Soviet Union in 1991. The nation’s first two presidents after independence were both driven from office by riots, and the latest violence has fueled concerns of more instability.

Russia, Kyrgyzstan's main sponsor and ally, has called for restraint.