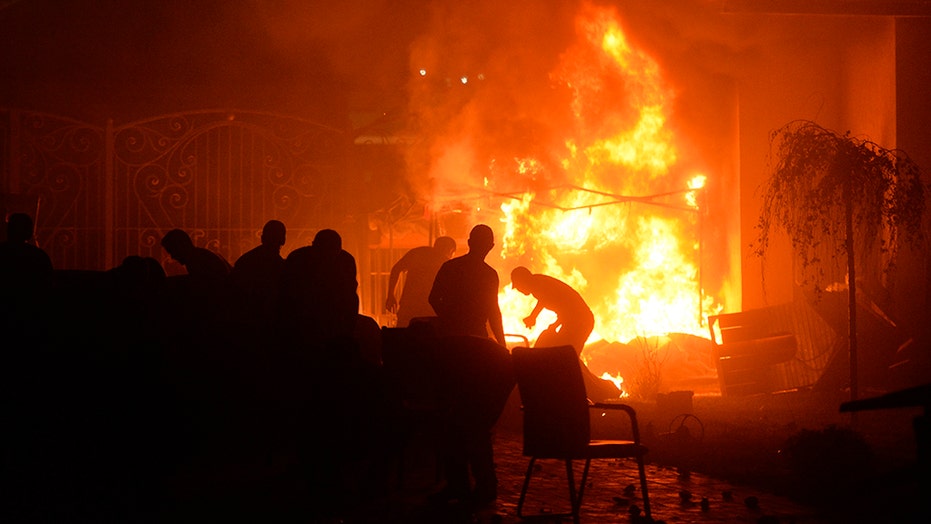 Former Kyrgyzstan President Almazbek Atambayev was arrested by government security forces Wednesday during a night raid on his property, resulting in the death of one officer.

Kyrgyzstan’s special forces raided Atambayev’s house late Wednesday night, breaking through the gates of his residence with an armored vehicle.

Upon their entry, supporters of Atambayev defended him while firing at special forces with live ammunition, ensuing a firefight of gunfire and stun grenades, according to the BBC.

They were “ready to defend the former president to the end,” said politician Irina Karamushkina, an ally of Atambayev.

During the raid, six special forces officers were captured by supporters and one was killed before Atambayev surrendered to authorities and the soldiers released.

Acting President Sooronbai Jeenbekov condemned Atambayev for “grossly” violating the law by “putting up severe armed resistance”. He is now convicted of a “grave crime”, Jeenbekov stated during a parliamentary meeting, adding to the original corruption charges Jeenbekov accused him of that prompted the raid.

Former President Atambayev handpicked Jeenbekov to become his successor in 2017. Since then, however, their relationship has soured, with Jeenbekov accusing Atambayev of multiple counts of corruption, which Atambayev denies.

The political turmoil between the two has angered a majority of Kyrgyzstan citizens, expressing concerns of their country’s stability. Many refuse to support either figure in this conflict.

“Don’t be fooled that we’re choosing between [Atambayev] and the current government. They’re from the same flesh,” wrote Kyrgyzstan blogger Azim Azimov.

Kyrgyzstan is a republic in Central Asia that gained autonomy with the collapse of the Soviet Union in 1991.