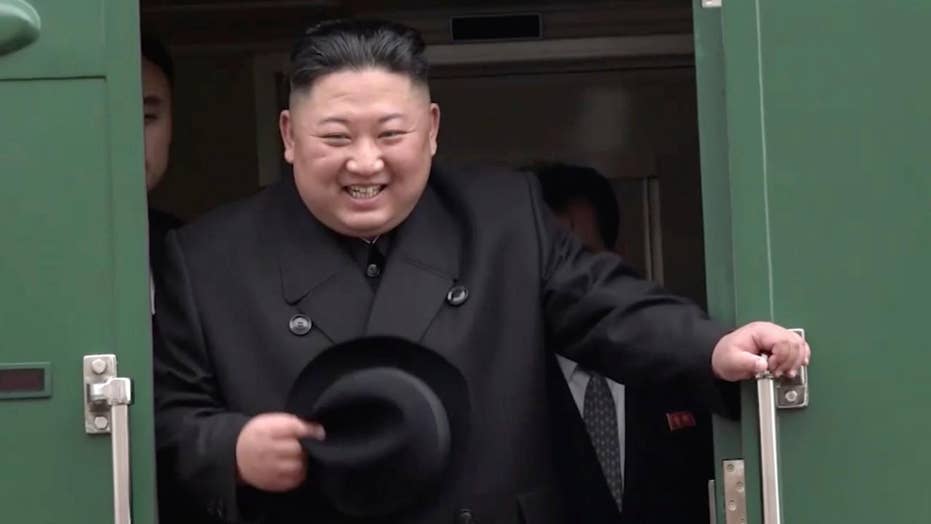 The North Korean leader’s distinct armored green train pulled up to the station in Vladivostok and came to a stop as North Korean officials scrambled to the door to put down ramps. The staff, however, realized the train’s door did not line up with the red carpet that was rolled out ahead of the arrival.

Video showed an official opening the door and noticing the error. The engineer was then forced to roll the train backward in an attempt to line up with the carpet — but it still didn’t go as planned.

Two North Korean staffers realized the train door was still a few inches off from perfectly lining up with the red carpet when they placed the green ramp down. They appeared to take a moment to think about how they could resolve the issue before ultimately deciding to leave it how it is.

Kim was greeted by a military orchestra before he got into his personal limousine that traveled with him, and drove away. He is expected to attend a dinner reception hosted by Russian Deputy Prime Minister Yuri Trutnev, according to South Korean media.

The despot traveled to Russia with a big entourage — possibly more than 200 people — and lots of supplies. Kim’s officials are reportedly tasked to collect his bodily waste and cigarette butts to prevent foreign intelligence agencies from collecting and analyzing them for clues into the leader's health.

The North Korea-Russia summit comes two months after Kim and President Trump met for the second time, but ended up cutting their meeting in Hanoi, Vietnam, short after both sides failed to reach an agreement due to disputes over U.S.-led sanction on the North.

The Hermit Kingdom has continued to express its frustration over deadlock negotiations despite Kim insisting after the Hanoi summit that his regime was still committed to denuclearization.