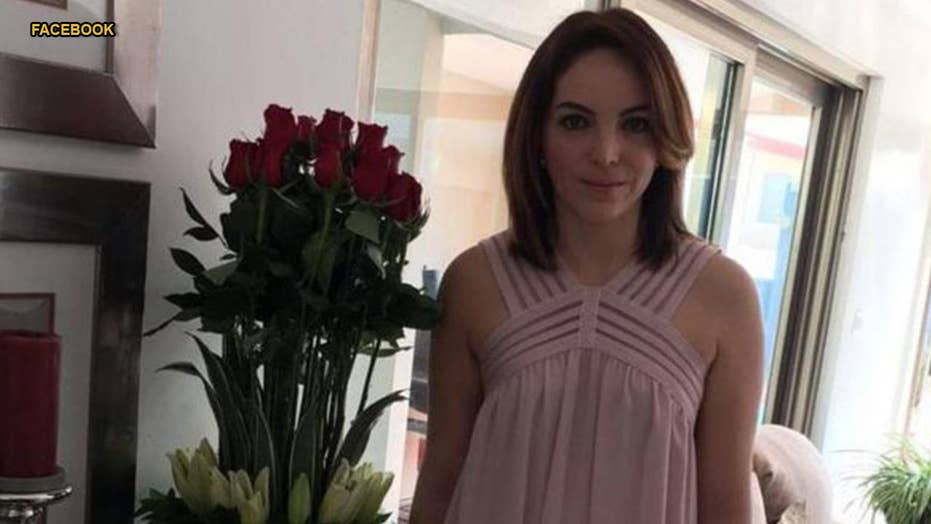 The decapitated body of Mexican businesswoman Susana Carrera was found last week after her family was unable to pay kidnappers the ransom they demanded. According to local news reports, a note was left with the body saying she was killed because her husband 'didn't want to pay' the ransom. The kidnappers were asking for 4 million Mexican pesos, which the family confirms they were unable to collect in time.

The death of a Mexican businesswoman snatched by sicarios while picking up her child at a friend’s home and whose body was found decapitated inside a black bag rattled heightened fears in the state of Veracruz that has been plagued by growing violence.

However the tragic death of Susana Carrera, whose body was found a week after she was kidnapped allegedly with a note claiming she was killed because her husband “didn’t want to pay” a $207,000 ransom, is just one of the dozens of kidnappings and murders reported in the first two months of the year.

Local reports claim there have been 366 murders over the past 80 days in the Gulf state of Veracruz – more than 4.5 murders each day. The 80 days mark the first two months under the new administration of President Andres Manuel Lopez Obrador, who took office Dec. 1.

President Andres Manuel Lopez Obrador has launched a campaign aimed at persuading people to not break the law. Its slogan is: “We’re all going to behave.”  (AP)

Lopez Obrador has launched a campaign aimed at persuading people to not break the law. Its slogan is: “We’re all going to behave.”

Meanwhile, a nonprofit organization revealed Tuesday that there have been 69 reported kidnapping cases over the same period. It’s the highest across Mexico with the State of Mexico (Edomex) and Mexico City reporting 63 and 32 kidnappings respectively.

Fifty-one of the kidnappings in Veracruz happened in the month January, Alto al Secuestro reported.

Veracruz has been the witness of a bloody rivalry between drug cartels in recent years as well as impunity and government corruption that has led to an “explosive cocktail of violence and uncertainty in the state,” Al Jazeera reported last year.

Cuitalhuac Garcia, governor of Veracruz, appeared to acknowledge Wednesday morning that the number of kidnappings had shut up last month, telling radio journalist Ciro Gomez Leyva that it was worrisome.

“I don’t want to get into a war of statistics,” he said. “The fact does worry us that (kidnappings) have shot up compared to December.”

He did say he did not agree with the statistics issued by Alto al Secuestro, which is Spanish for “Stopping Kidnapping.”

“We are going to check them. We have other figures that don’t coincide (with those of Alto al Secuestro),” Garcia said.

Among those kidnapped was American photographer John Sevigny, who was in the city of Cordoba in the state of Veracruz. The Miami-native has traveled extensively for nearly two decades throughout Mexico and Latin America documenting, as he calls it, the “lives of people who are struggling to live.”

American photographer John Sevigny was kidnapped while visiting the city of Cordoba in the Mexican state of Veracruz, where violence and crime is on the rise. (Courtesy of John Sevigny)

In two articles for Medium, the photographer relates how on Jan. 8, while staying with a friend in Cordoba, 16 men armed with military-grade weapons walked into the apartment, beat him up and dragged him away.

“I was not kidnapped because of my photographs as far as I know. But I’m not sure,” he wrote. “My work focuses on people and their struggle to survive in an increasingly cruel world. That has put me in the crosshairs of governments, gangs, and cartels.”

MEXICAN MAYOR GUNNED DOWN DURING HIS FIRST DAY IN OFFICE

Sevigny told Fox News Wednesday that the men handcuffed him, beat him and tortured him for 38 hours. They were robbed of everything – including his American passport. He added that because of how kidnappers conducted themselves, he assumes they were police officers.

“Two men who were also there with them were killed and the women were sexually assaulted,” he said. “We were held in a house that was practically a torture chamber.”

He added: “I have met a lot of cartel people with my work – I haven’t met anyone as particularly cruel as these men. The sheer number of weapons blew my mind.” 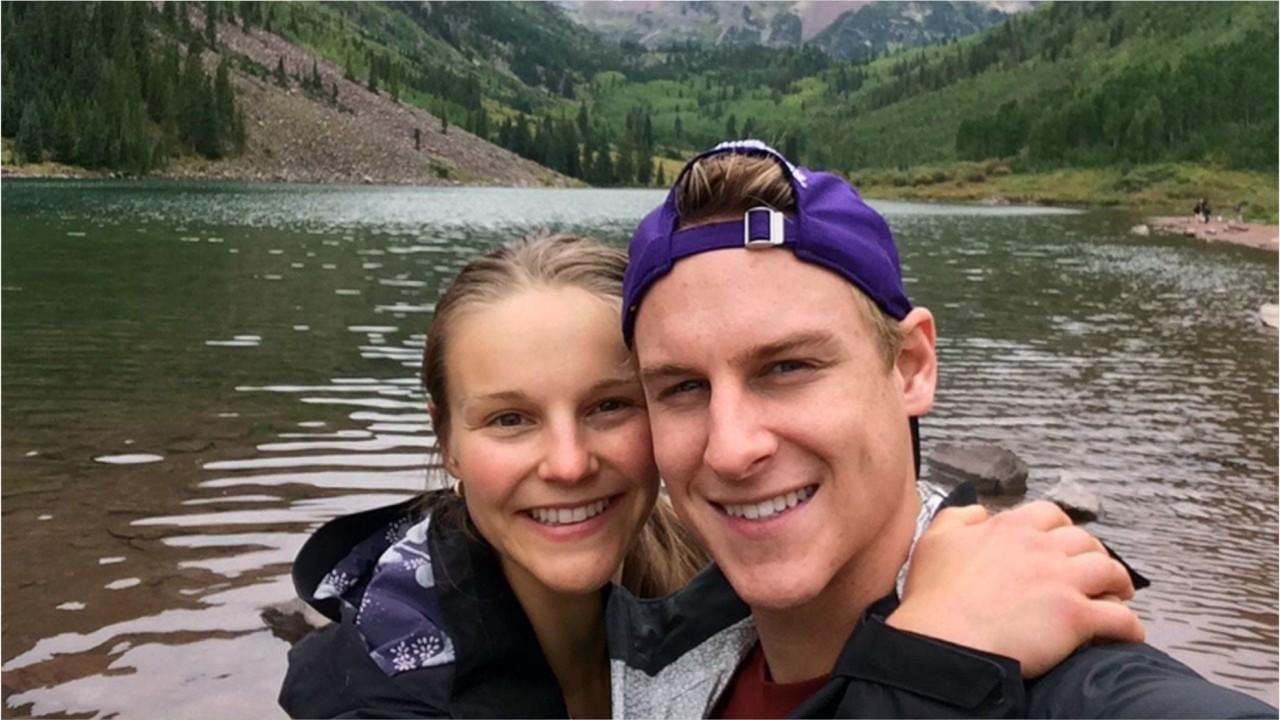 2018 promises to be one of the most violent years on record in Mexico. Homicides shot up 16 percent during the first half of this year as drug traffickers and gangs battle for dominance.

A month after his kidnapping, Veracruz prosecutor Jorge Winckler Ortiz reported that his office, as well as the FBI, were investigating – something that Sevigny denies. He said he has never spoken to Mexican law enforcement about his ordeal.

Sevigny told Fox News he left for Mexico City after he was released and because his passport was stolen, he had to go to the U.S. Embassy for help. There he spoke with a federal agent, who said they could not investigate unless he made a report with local authorities in Cordoba.

“No way was I going to go back to Cordoba – that felt like a trap,” he said. “I heard the kidnappers talking about working with local authorities about kidnapping people.”

Mexican government figures from last month showed that homicide cases in Mexico rose by 15 percent in 2018 – with 28,816 investigations opened last year, compared to 25,036 the previous year. Each of these cases may have involved more than one victim, so the total number of homicides is likely to be higher.

“Crime in Mexico is so well organized that (sometimes) it’s invisible. You don’t see the violence until you are in the middle of it,” Sevigny said. “There is a lot of suffering going on…. The government itself is completely incapable of dealing with the problem.”

MEXICAN POLICE FIND 20 BODIES, MOST BURNED, CLOSE TO US BORDER

Surprisingly, the data showed that Veracruz cut homicides by 20 percent – a statistic that Garcia praised. He said on “Ciro por la mañana” that the rise in homicides and kidnappings over the past 80 days has shown that cartels and criminals are changing their tactics.

A police cordon marks the perimeter of the site where a forensic team and judicial authorities work in unmarked graves where skulls were found, on the outskirts of Veracruz, Mexico March 16, 2017. (Reuters)

The U.S. Department of State issued a travel advisory for Americans visiting Mexico last year, saying to exercise increased caution due to crime. While five Mexican states – including Michoacan and Sinaloa – are listed as places not recommended for travel, the advisory for Veracruz has no restrictions.

Sevigny, who has been back in the United States for more than a month, said he is continuing to recover from the physical and mental injuries he suffered throughout those harrowing 36 hours. He said he is speaking out about his experience because there are thousands of other victims who cannot.

“I am getting better. My main concern is about the people who can’t get out,” he said. “I will be back to Mexico. I will be back to Latin America. I (just) won’t be back in Cordoba for a while.”