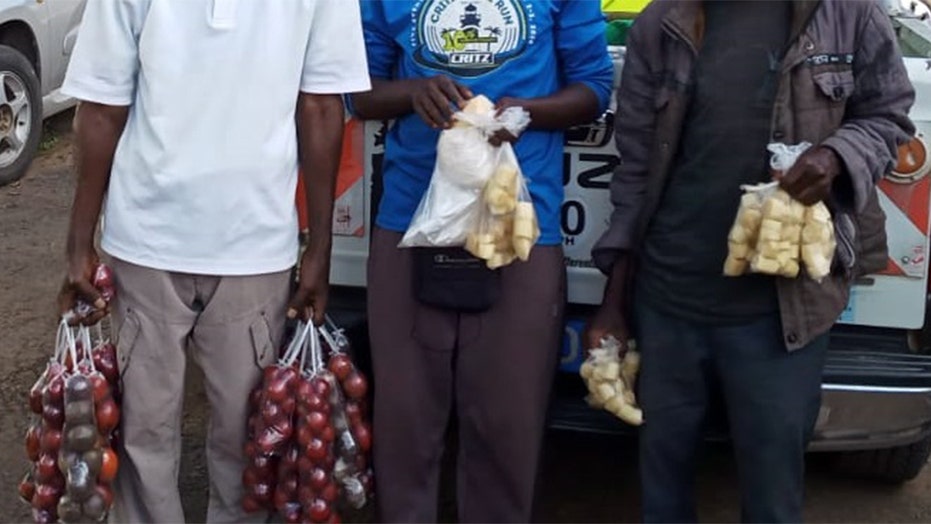 A trio of Kenyan men arrested in Nairobi this week for trying to sell sugarcane and plums from banned plastic bags are now facing fines of up to $40,000.

The hawkers were taken into custody Monday, said Kenya’s National Environment Management Authority. In addition to the fines, the agency says any person found guilty of using the banned bags can be sentenced to up to four years in prison.

"About 500 pieces of the bags were seized," it revealed in a tweet Tuesday. "The trio are being presented in court today. "

News of the arrests has been met with condemnation from the country’s elected officials.

“Solution needed for this type of hawking trade that is lucrative and a breadwinner for many youths,” said Esther Passaris, a member of parliament, according to The Standard newspaper. “It is the government’s duty to ensure sustainable alternative hygienic packaging options in the era of banned plastics.”

Passaris added that Kenya’s government should be more focused on companies that produce the bags instead of the people that still use them.

Kenya banned environmentally unfriendly plastic bags in February 2019 and has since encouraged residents to use alternatives.

Other countries and states have banned plastic bags as well, with New York’s ban set to go into effect March 1.

Prior to Kenya's ban, supermarkets there were handing out 100 million plastic bags annually, The Standard reported, citing officials’ research.