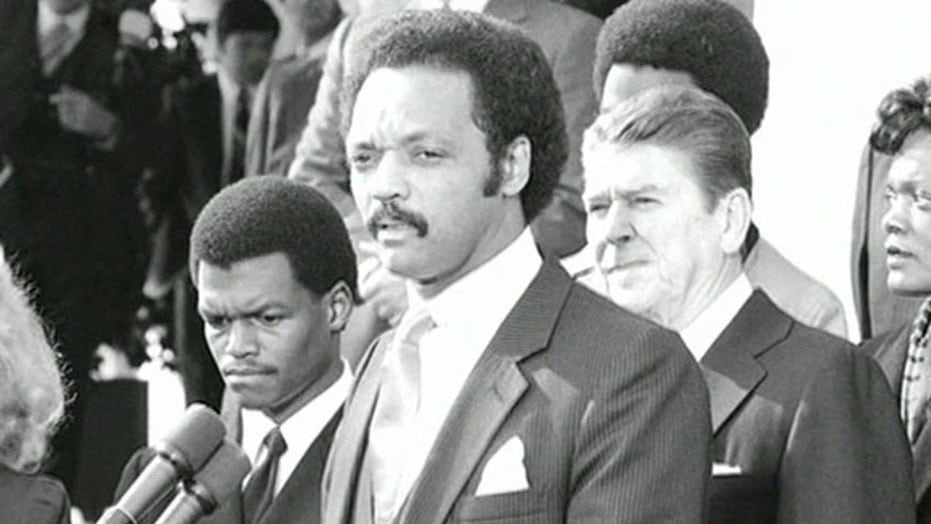 Thirty years after he helped rescue an American Navy airman held in Syria, the Rev. Jesse Jackson reunited with the veteran in a Skype conversation on Friday, Garrett Tenney reported on “Special Report with Bret Baier.”

“Good morning, Robert. Good to see you 30 years later,” Jackson told retired Navy Lt. Cmdr. Bobby Goodman. “You do not look like the frightened, little lieutenant in the jail cell,” he joked.

On Dec. 4, 1983, Goodman, then a lieutenant, was shot down over Lebanon during a bombing raid against Syrian forces. He was held captive by the Syrians for 30 days, until Jackson – without the permission of the Reagan administration – flew to Syria to negotiate with Hafez al-Assad, the father of current president Bashar al-Assad. He quickly secured Goodman’s release, and both men were later received at the White House by a grateful President Reagan.

At the White House, Reagan asked Jackson if there was anything he could do for him, and the reverend requested a favor: that Reagan thank Assad for releasing Goodman. Reagan complied, which helped improve relations between the two countries for a time, Tenney reported.

The move would help give Jackson credibility when he ran for president the next year.