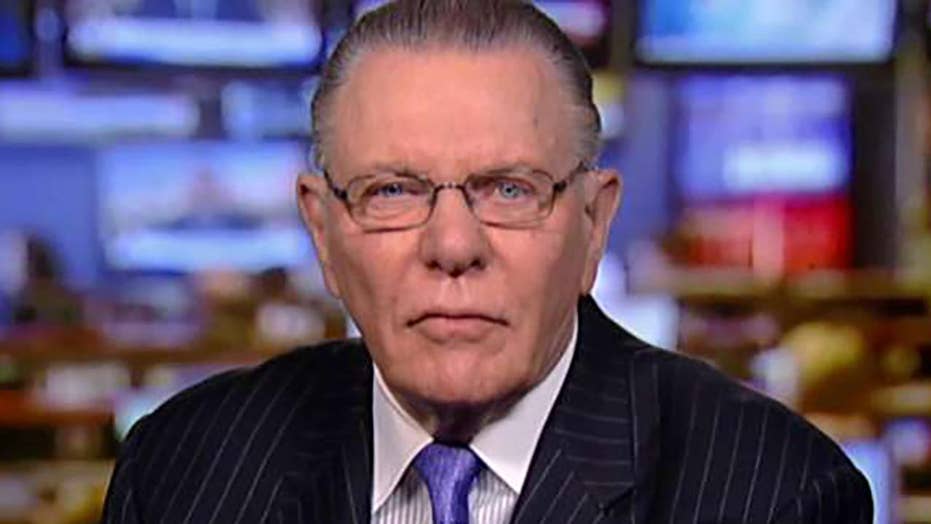 Retired four-star Gen. Jack Keane has defended the United States' deployment of B-52 bombers in a deference mission to the Middle East amid President Trump's allegations of "clear threats" from Iran.

Keane appeared on "America's Newsroom" Monday and claimed Iran has formed an alliance with Russia that is orchestrating chaos in the Middle East.

"Iran is destabilizing the Middle East. The military coming in there is about trying to achieve some stability and some security and to push back on the Iranians," Keane said of the deployment of the Cold War-era bombers.

"Clearly, when it comes to the Middle East, the Iranians and Russians have a political and military alliance," he continued.

Further, Keane said Iran has taken control of Lebanon, catalyzed the civil war in Syria, "toppled the government" in Yemen and is now turning their attention towards Israel.

"The Iranians have used the proxies in the region to dominate and control the Middle East which is their ultimate objective," Keane continued. "They've had some real success at this."

Iran dismissed the news of the B-52 deployments last week, according to national newspapers.

“An aircraft carrier that has at least 40 to 50 planes on it and 6,000 forces gathered within it was a serious threat for us in the past but now it is a target and the threats have switched to opportunities,” said Amirali Hajizadeh, the head of the IRG’s aerospace division, according to Iranian media.

Haijizadeh added: “If [the Americans] make a move, we will hit them in the head.”