Gen. Jack Keane: Iran is trying to send message that US can't protect everyone

Trump, during a meeting with Canadian Prime Minister Justin Trudeau at the White House, was asked whether the U.S. will take military action against Iran.

"You'll soon find out," he responded, after a U.S. Navy drone was shot down by Iran over the Strait of Hormuz.

Trump's comment came after he took aim at Iran earlier in the day on Twitter, saying the country had made a "very big mistake!"

Iran claimed the U.S. drone on Thursday was over Iranian airspace when it was shot down -- but American officials stated unequivocally the incident occurred in international airspace.

“They made a very big mistake,” Trump told reporters in the Oval Office, leaving unclear the likelihood of a U.S. military response.

"I find it hard to believe it was intentional, and it could have been someone who was loose and stupid." 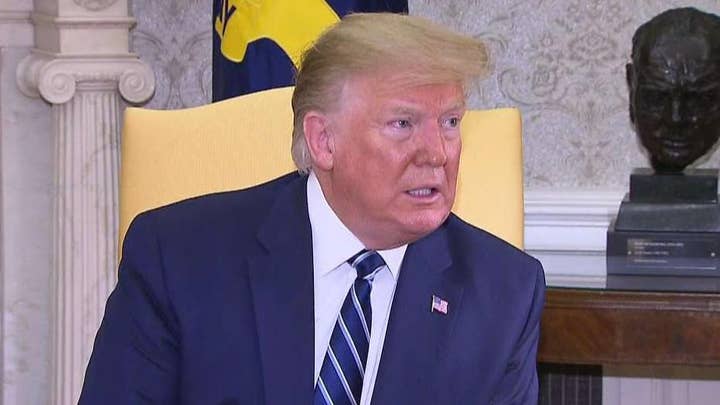 Responding on "Outnumbered," Keane said he does not believe the United States will take large-scale military action against Iran in the current situation.

"I'm not going to foreclose what the administration is going to do here, but I think conducting a military operation on that kind of scale, is actually a "go to war" operation," he said.

"I don't believe that is something we would be executing... I just think in the near term, the likelihood of using that kind of capability is pretty remote."

Keane continued, saying the circumstances could change if Iran is found to be moving closer to obtaining nuclear weapons, putting the security of Israel at risk. 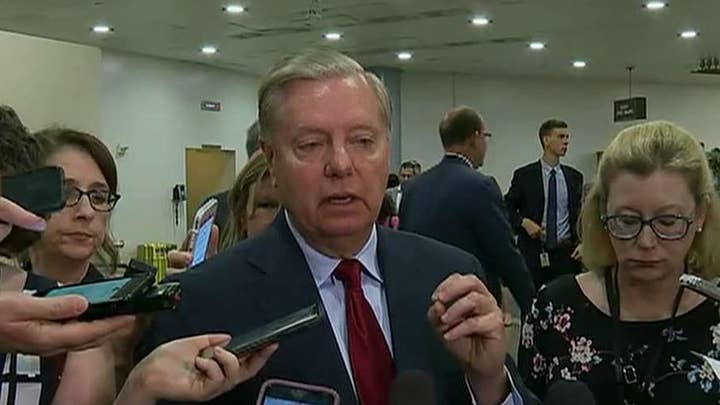 Keane said Iran is lashing out against the United States because sanctions are "having a devastating effect inside Iran internally."

"They are escalating because they want our allies to put pressure on this administration to tone down the sanctions," the retired general said. "The escalation is trying to indicate to the world that the Trump administration is risking going to war again in the Middle East."

He also explained that Iran has used proxies in the region to attack the U.S. and our allies for nearly four decades, but the U.S. has never responded.

"The Iranians don't believe we're going to respond," he said, adding that the Trump administration is "looking at various options, medium-sized and small" that will "get Iran's attention" and stop the aggression.