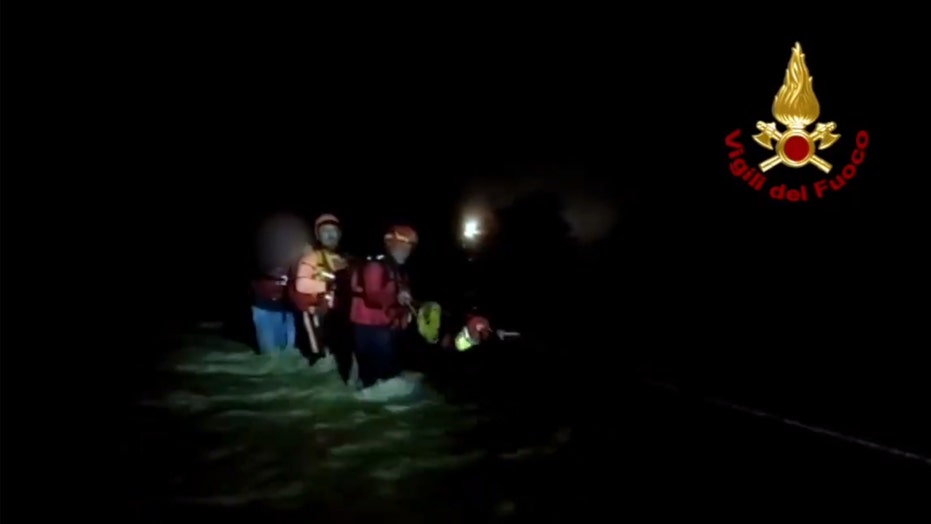 Three people in Italy were pulled from floodwaters after flash flooding dragged their vehicle away on Monday, as severe storms slammed the region.

Heavy rains near Sambucetole in the central Amelia region resulted in some 50 interventions related to the weather.

In the footage released on Tuesday, firefighters can be seen helping the group of three people through the rushing waters.

According to local media, torrential rainfall in the region led to flooding and landslides across the region.

Evacuations were also ordered after multiple retaining walls collapsed due to the severe weather and associated heavy rainfall.

Officials said that over two dozen requests for aid were made near Turin, "mostly for basement and garage flooding."

No injuries have been reported due to the severe weather, but local officials have declared a state of emergency as they deal with cleanup efforts.