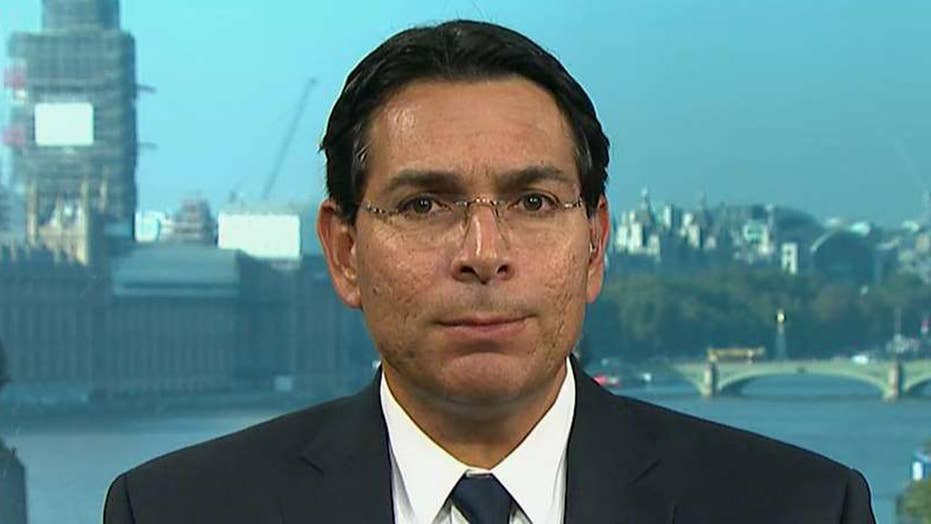 Israel’s ambassador to the United Nations is slamming a “circus of Bolivian hypocrisy” after the socialist country invited the director general of an anti-Israel group to speak at a Security Council event -- the latest controversial move by the Bolivians in the space of a week.

"This circus of Bolivian hypocrisy continues,” Ambassador Danny Danon said in a statement.

Danon’s criticism stems from the decision of the Bolivians, who currently hold the presidency of the United Nations Security Council, to hold a meeting on “Promoting Women, Peace and Security” on Thursday. The Bolivians invited Randa Siniora, the director general of the Women’s Center for Legal Aid and Counseling for Palestinian Women, to brief the Council.

“They speak of women and peace and security, while trampling on women's rights in its own country and inviting the director-general of a blatantly anti-Israel organization,” Danon said.

The move by Bolivia comes after a week in which the socialist country managed to anger both Israel and the U.S. with its actions as president of the Security Council.

At a U.S. event on Tuesday to bring attention to Cuban political prisoners, Bolivian Ambassador Sacha Llorenti was one of a number of diplomats seen banging on tables in an effort to derail the event and to drown out the speakers.

In a letter to Secretary-General Antonio Guterres, U.S. Ambassador Nikki Haley said the behavior by both the Cuban and Bolivian diplomats was “outrageous” and called for action from Guterres.

At a Security Council meeting on Thursday on the situation in the Middle East, Bolivia invited B’Tselem -- an Israeli groups critical of Prime Minister Benjamin Netanyahu’s policies -- to speak at the meeting. Hagai El-Ad, B’Tselem’s executive director accused Israel of “oppressing millions while somehow still being considered a democracy” and drew a comparison with the Jim Crow era in the U.S.

“Voter suppression was a cornerstone of the American South under Jim Crow laws. But we have gone and done one better, delivering no less than voter obliteration,” he told the Council.

Danon responded by saying the appearance of B’Tselem was proof of Israel’s “vibrant democracy.”

“I challenge you all to find a Palestinian or a Bolivian who could dare defame its government at the Security Council,” he said. “At best he might be thrown in jail but more likely would end up dead.”

Haley, who has repeatedly criticized the U.N. for anti-Israel bias, said that the briefing from El-Ad “was the sort of distorted and biased accounting that is provided all too often at the United Nations when it comes to Israel and the Palestinian issue.”

Bolivia will be replaced by China in November as Security Council president.