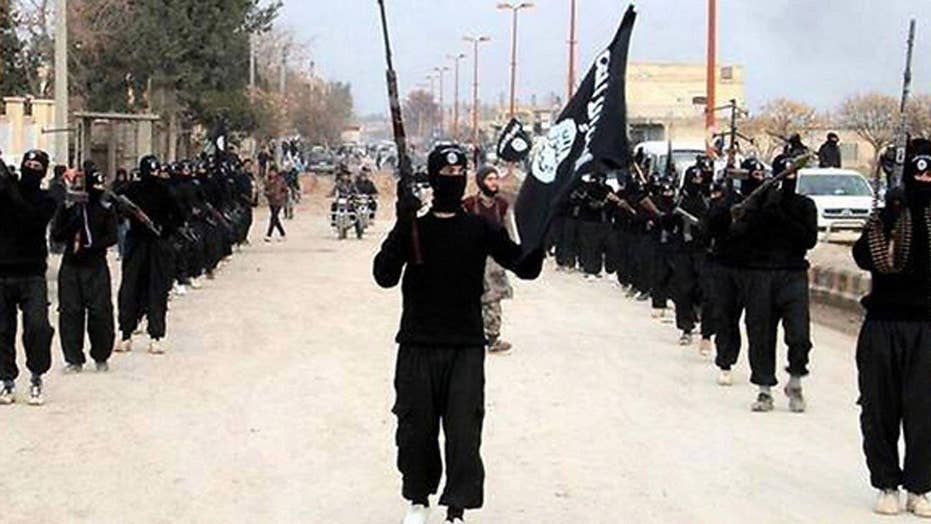 Gorka: Obama lives in fantasy world when it comes to ISIS

Authors Dr. Sebastian Gorka and Daniel Silva discuss on 'Hannity' whether or not this administration understands the threat of terrorism

In a celebratory infographic posted online, the Islamic State (ISIS) is claiming a major victory in killing and injuring up to 5,200 people over the holy month of Ramadan.

The infographic lauding the "results" of a bloodthirsty Ramadan, published by ISIS’ Al Naba weekly magazine, notes the 14 terror attacks around the globe attributed to ISIS, including the Pulse nightclub shooting in Orlando and the Dhaka, Bangladesh bakery attack.

They also mention the Magnanville, France stabbing of a police officer and his wife and a suicide bomb attack that killed 14 Nepalese soldiers who worked at the Canadian Embassy in Kabul, Afghanistan.

Recent attacks against Nigerian, Jordanian and Somali troops as well as the downing of six drones and demolition of 440 tanks are also among their listed successes.

Despite recent reports of the Islamic State’s significant loss of territory, attacks around the world were meant by the terror groups as a wake-up-call demonstrating their intended growth and reach.