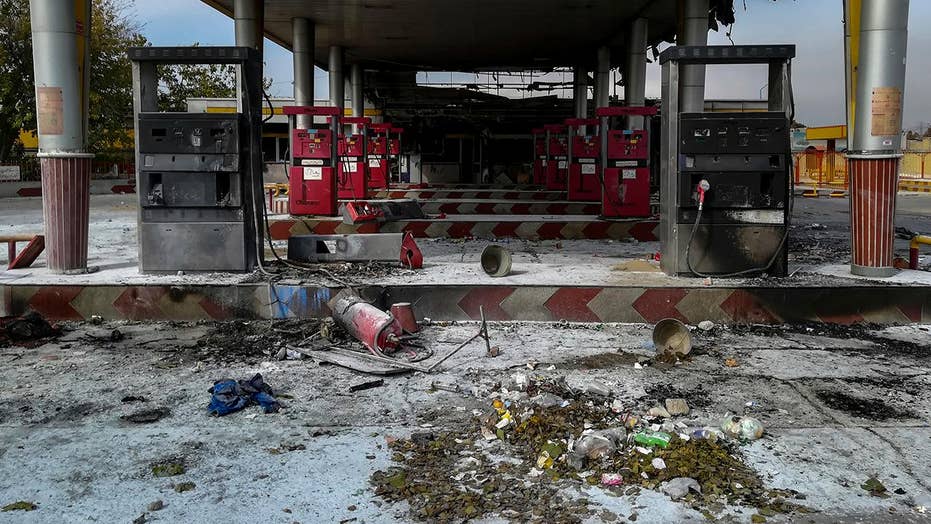 US pressure on Iran is working: Retired general

Days of protests in Iran over increased fuel prices and the government’s subsequent crackdown have left at least 106 people dead, according to conservative estimates from Amnesty International.

Amnesty’s Tuesday report comes after a U.N. agency said earlier it feared the unrest may have killed "a significant number of people." Amnesty also said it believes the real death toll “may be much higher, with some reports suggesting as many as 200 have been killed."

Iranian authorities have offered no definitive accounts of how many people have been arrested, injured or killed in the protests that spread across at least 100 cities and towns over the weekend.

Authorities shut down internet access Saturday, leaving state media and government officials to tell their story. On Tuesday, state television showed video of Qurans burning at a mosque in the suburbs of Tehran, as well as pro-government rallies in an effort to demonize the protests.

But absent in the coverage was any acknowledgment of what sparked the protests in the first place: specifically, a hike in gasoline prices, and more broadly, a plunging economy.

Since President Trump withdrew the U.S. from the nuclear deal in May 2018 and re-imposed crippling economic sanctions, many Iranians have seen their savings evaporate amid scarce jobs and the collapse of the national currency. The rial now trades at over 123,000 to $1, compared to 32,000 to $1 before the deal took effect.

People walk past buildings that burned during protests that followed the Iran's decision to raise gasoline prices. (ISNA via AP)

President Hassan Rouhani, a relative moderate, has promised that the fuel price increase would fund new subsidies for poor families. But the decision has unleashed widespread anger among Iranians.

Amnesty’s breakdown shows the hardest-hit areas as the western Kermanshah province and its oil-rich southwestern province of Khuzestan. Many online videos released before the internet outage showed unrest there.

The office of the U.N. High Commissioner for Human Rights issued a statement earlier saying it was "deeply concerned" about reports of live ammunition being used against demonstrators.

Police and security forces remained on the streets of Tehran Tuesday but in lower numbers. Traffic also appeared to be flowing after part of the demonstrations saw people abandon their cars on major roadways.

Gasoline in Iran remains among the cheapest in the world, with the new prices jumping 50 percent to a minimum of 15,000 rials per liter. That's 12 cents a liter, or about 50 cents a gallon. By comparison, a gallon of regular gas in the U.S. costs $2.59.