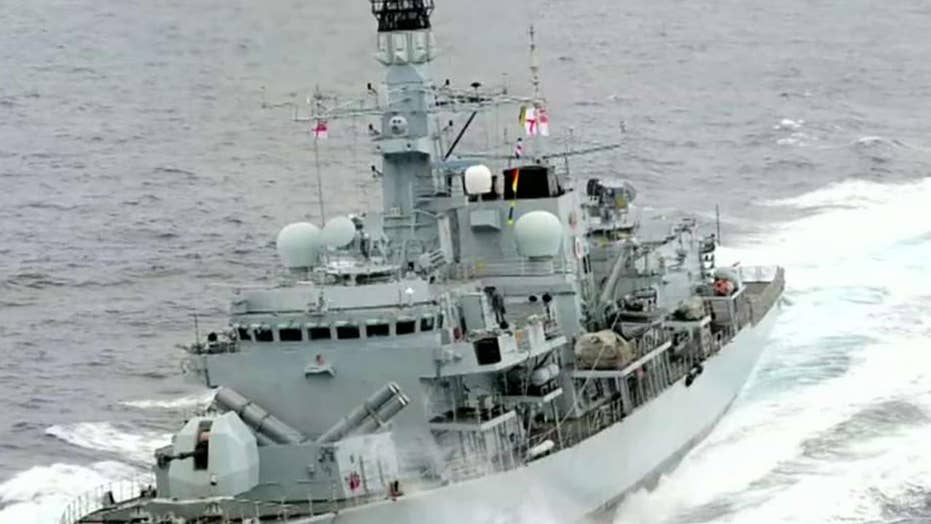 Iran’s president mocked as “childish” U.S. sanctions targeting the regime’s foreign minister, saying the actions will be a barrier to diplomacy.

The Trump administration imposed financial sanctions on Foreign Minister Mohammad Javad Zarif on Wednesday in an effort to further pressure Iran to end its belligerent activities in the Persian Gulf region.

In this photo released by the office of the Iranian Presidency, President Hassan Rouhani speaks in a cabinet meeting in Tehran, Iran, Wednesday, July 24, 2019. (Associated Press)

“Every day they claim: ‘We want to negotiate with Iran, without any pre-conditions’. and then they put sanctions on the country’s foreign minister,” he added.

Though the sanctions target Zarif personally, they won’t stop him from traveling to New York for official United Nations business, in accordance with America’s international obligations.

“It has no effect on me or my family, as I have no property or interests outside of Iran,” Zarif himself tweeted about the U.S. move.

Tensions between the U.S. and Iran have been heightened ever since the Trump administration pulled out of the 2015 nuclear deal and then imposed punitive sanctions on the Iranian regime, sending the economy into freefall.

But in recent months, Washington and Tehran were on a constant brink of war after the regime attacked oil tankers in the Strait of Hormuz and later shot down an unmanned American drone.

The attack on the drone prompted President Trump to order military strikes on the regime – only canceling them at the last minute over concerns of potential casualties on the Iranian side.

Iran also seized a British tanker earlier this month. The regime said the seizure was a response to British authorities seizing an Iranian tanker on route to Syria, though the U.K. says the tanker was seized because it carried oil and was in violation of sanctions against the Syrian regime.

The Iran nuclear deal also unraveled in recent months amid the failure to force the European powers to provide economic relief amid U.S. sanctions, prompting the regime to announce that it’s openly exceeding limits on its nuclear activities.