U.S. national security adviser John Bolton said Wednesday that ships sabotaged off the United Arab Emirates coast were attacked “almost certainly by Iran” and warned that the U.S. would strike back if attacked.

Bolton made the comments to journalists in Abu Dhabi ahead of planned meetings with Emirati officials. His statement echoes Pentagon officials who said Friday that Iran's Revolutionary Guard Corps (IRGC) were directly responsible for attacks on the tankers. 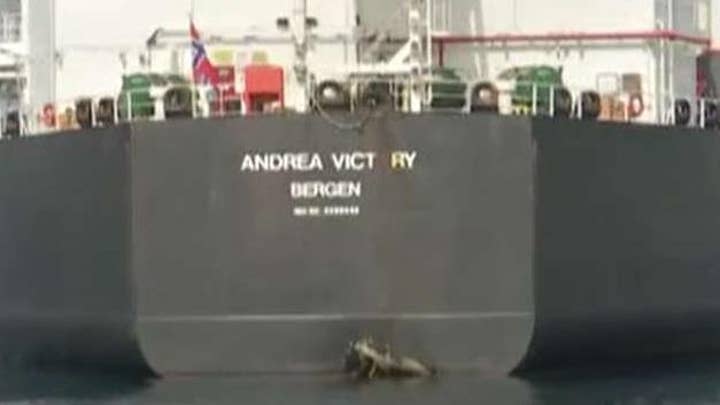 “The attack against the shipping in Fujairah we attribute it to the IRGC,” said Rear Admiral Michael Gilday, the director of the Joint Staff. He added that the Pentagon attributed limpet mines used in the attack to the IRGC.

Bolton said that the U.S. hasn’t seen any further attacks by the Iranian regime after the Trump administration dispatched an aircraft carrier and B-52 bombers to the Persian Gulf.

“The point is to make it very clear to Iran and its surrogates that these kinds of actions risk a very strong response from the United States,” Bolton said.

“The point is to make it very clear to Iran and its surrogates that these kinds of actions risk a very strong response from the United States.”

Iran called Bolton’s accusations “laughable” while the country’s Deputy Foreign Minister Abbas Araqchi said, “We hope that we can start a dialogue, but we are ready for war,” according to Russian state media.

He noted that “certain elements” in the Trump administration are advocating for war with Iran, but said conflict would be “catastrophic” for the Middle East and insisted that the regime seeks peace.

“We know that there are certain elements and people who are trying to push the United States to war with Iran for their own ends. However, we hope that wisdom will prevail in Washington,” he said.

“We hope that we can start a dialogue, but we are ready for war.”

Tensions between the U.S. and Iran have been brewing after the U.S. intelligence indicated that there are unspecified threats to U.S. interests. Trump said Friday that the U.S. will deploy an additional 1,500 troops to the region.

In addition, all non-essential U.S. staff at the U.S. Embassy and Consulate in Iraq were forced to leave, with Secretary of State Mike Pompeo suggesting that Iranian-backed militia groups moved their rockets near bases housing American personnel. 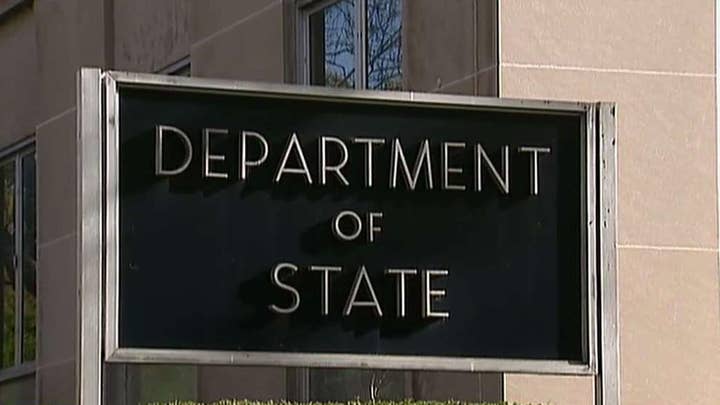 The Iranian regime, meanwhile, responded with threats to back away from the 2015 nuclear deal that sought to limit its enrichment of uranium in exchange for the lifting of economic sanctions. The regime set a July 7 deadline for Europe to offer better terms to the unraveling nuclear deal, otherwise, it will resume enrichment closer to weapons level.

Trump withdrew from the agreement amid criticism that the deal didn’t do enough to limit Iran’s nuclear program, nor did it address Iran’s ballistic missile program.

Bolton accused Iran of wanting to back away from the deal with other world powers because the regime wants to produce nuclear weapons.

“There’s no reason for them to do any of that unless that’s part of an effort to reduce the breakout time to produce nuclear weapons,” he said. “That’s a very serious issue if they continue to do that.”

“This is just more graphic evidence that it hasn’t constrained their continuing desire to have nuclear weapons,” Bolton added. “It certainly hasn’t reduced their terrorist activities in the region that we just discussed or their other malign behavior in their use of conventional forces.”