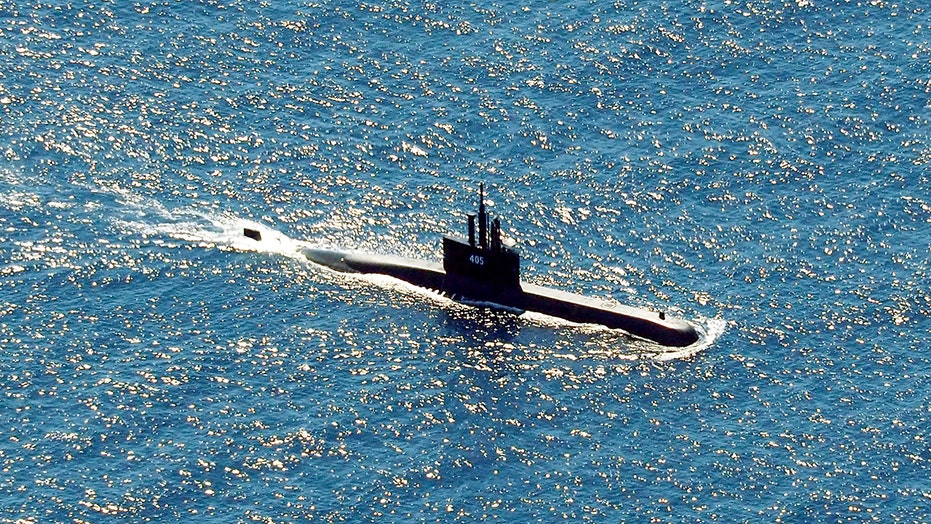 A missing Indonesian submarine that vanished off the coast of Bali and is believed to have run out of oxygen for its 53 crew members -- however the search remains active.

The KRI Nanggala 402 disappeared Wednesday after diving during a training exercise. Authorities predicted it would run out of oxygen by 3 a.m. Saturday – and Bali is 12 hours ahead of the East Coast of the U.S.

Indonesia's navy ships on Thursday were intensely searching for the submarine that likely fell too deep to retrieve, making survival chances for all the crew on board slim.  (AP Photo/Eric Ireng)

The U.S. Navy and assets of several other countries joined the search, but the vessel remains unfound.

Authorities had feared it had sunk to depths of as much as 2,300 feet below the surface -- that would place it out of reach of rescuers and possibly crush the hull. But they were hoping to find it in shallower waters where they pinged an object with high magnetism.

Pentagon spokesman John Kirby said Thursday that the U.S. was sending a P-8 Poseidon plane to assist in the search and could send additional resources.

The P-8 is a multipurpose Navy aircraft capable of hunting for submarines and deploying sonar buoys.

The Australian navy sent two of its ships as well, and India, Singapore and Malaysia also offered assistance to the 24 Indonesian ships and a patrol plane deployed for the search and rescue attempt earlier this week.

Rescuers continued an urgent search Friday for an Indonesian submarine that disappeared two days ago and has less than a day's supply of oxygen left for its crew. (AP Photo/Firdia Lisnawati)

"Our main priority is the safety of the 53 crew members," Indonesian President Joko Widodo said in a televised speech Thursday. "To the family of the crew members, I can understand your feelings and we are doing our best to save all crew members on board."

Rescuers had spotted an oil slick near where the submarine had last been seen, and authorities speculated that it could have leaked from the vessel or been purposefully released in an attempt to lose weight and return to the surface.

Fox News’ Peter Aitken and the Associated Press contributed to this report.