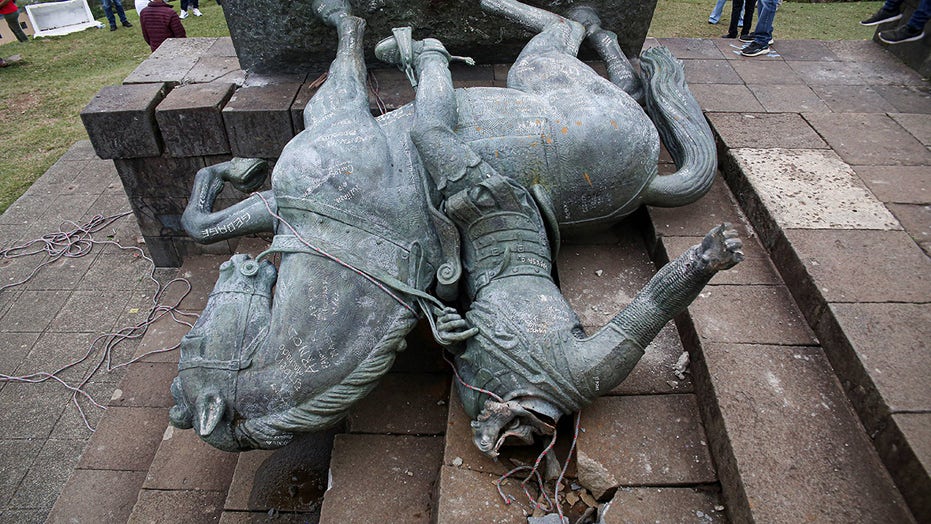 Indigenous protesters in Colombia have toppled and beheaded a statue of Spanish conquistador Sebastián de Belalcázar, who they say represents centuries of genocide and slavery in the South American country.

Members of the Misak community were recorded on video Wednesday pulling the statue down using ropes as police watched in the city of Popayán, which de Belalcázar founded in 1537.

The indigenous people said evidence of de Belalcázar crimes were found in historical documents and chronicles in the country’s central archives, according to the paper.

However, some residents of Popayán were against the damage to a public monument. Mayor Juan Carlos López Castrillón rejected the act and indicated the statue would be restored, the paper reported.

"Discussions about our cultural differences can take place, and we have always been willing to generate this type of space,” Castrillón said. “We cannot justify that violence becomes an instrument to express our disagreements."

Colombian indigenous on Wednesday tore down a statue of Sebastian de Belalcazar, a 16th-century Spanish conquistador, with ropes in repudiation of the violence they have historically faced, according to their spokesmen. (Photo by JULIAN MORENO/AFP via Getty Images)

The vandalizing and toppling of statues with links to slavery has also been a fixture in the U.S. and Europe following the death of George Floyd in May while in the custody of Minneapolis police.