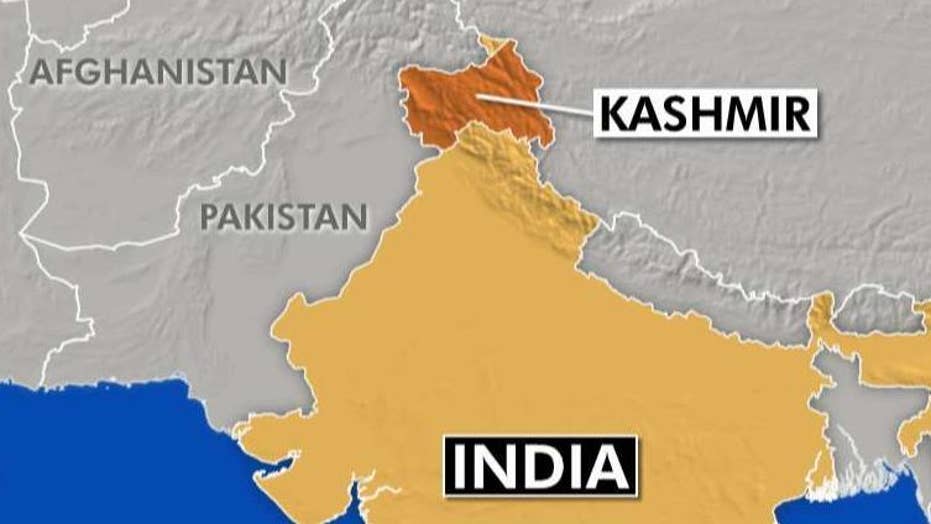 Tensions are rising as nuclear-armed rivals India and Pakistan both said they shot down each other's fighter jets on Wednesday, prompting international powers to urge restraint as relations between the two Asian nations showed no signs of improvement.

European Union foreign policy chief Federica Mogherini warned that the escalation "has the potential to lead to serious and dangerous consequences for the two countries and the wider region."

In a statement, the E.U.’s top diplomat called on “both countries to now exercise utmost restraint and avoid any further escalation of the situation" around the disputed region of Kashmir.

India and Pakistan both said they shot down each other’s fighter jets on Wednesday, with Pakistan capturing an Indian pilot a day after Indian warplanes struck inside Pakistan for the first time since a 1971 war. India is demanding the immediate and safe return of the air force pilot Pakistan has in custody.

Richard Rossie, senior adviser and Wadhwani chair at the Center for Strategic & International Studies, told Fox News that the latest developments are "the straw that broke the camel's back" in the decades-long contentious relationship between India and Pakistan.

"Both sides will quit when they feel like they can go back to their people and claim victory," Rossie said. 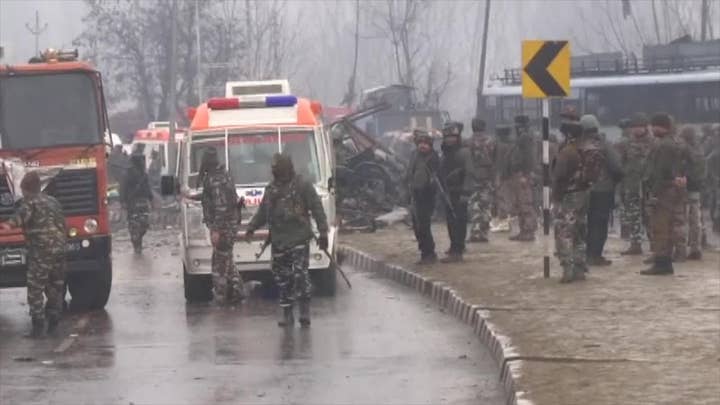 The latest flare-up started on Feb. 14 when a suicide car bomber attacked a paramilitary convoy in the Indian-controlled side of Kashmir, killing more than 40 troops. The militant group Jaish-e-Mohammed, which is based in Pakistan, claimed responsibility for the attack. The suicide bomber was from Indian Kashmir.

New Delhi long has accused Pakistan of cultivating such groups, something denied by Islamabad. India launched an airstrike on Pakistani territory early Tuesday that New Delhi called a pre-emptive strike against militant camps in Pakistan. India said its bombs killed a “very large number” of militants - about 300 - while Pakistan said there were no casualties in an airstrike it described as being carried out “in haste.”

Pakistani Prime Minister Imran Khan called for talks with India and hoped “better sense” would prevail so that both sides could de-escalate.

“History tells us that wars are full of miscalculation. My question is that, given the weapons we have, can we afford miscalculation,” Khan said during a brief televised broadcast to the nation. “We should sit down and talk.”

Alyssa Ayres, a senior fellow for India, Pakistan and South Asia at the Council on Foreign Relations, told Fox News that Khan's words are likely to fall on deaf ears and Indians may see the offer to deescalate as disingenuous.

"In India, they are going to hear that and say, 'Give us a break. You guys say that all the time," Ayres said.

U.S. Secretary of State Mike Pompeo has also weighed in. He said he spoke to Indian and Pakistani foreign ministers and urged Pakistan not to strike back.

An Indian Air Force officer along with others inspects the wreckage of an Indian aircraft after it crashed in Budgam area, outskirts of Srinagar, Indian controlled Kashmir, Wednesday, Feb.27, 2019.  (AP)

“I expressed to both ministers that we encourage India and Pakistan to exercise restraint, and avoid escalation at any cost. I also encouraged both ministers to prioritize direct communication and avoid further military activity,” Pompeo said.

Both India and Pakistan are believed to possess more than 100 nuclear warheads each and have conducted atomic weapon tests. Both countries have test-fired nuclear-capable missiles.

Pakistan also has refused to renounce a first-strike option with its atomic bombs should it feel outgunned in a conventional war. It takes less than four minutes for a missile fired from Pakistan to reach India. The Bulletin of Atomic Scientists warns that “computer models have predicted that the physical impacts of a nuclear exchange between India and Pakistan, or even a single strike on a large city, would be devastating . and would reverberate throughout the world.”

The fight over Kashmir dates back to 1947 when Britain granted independence to the region. It divided the Indian subcontinent into a predominantly Hindu India and mostly Muslim Pakistan.

Some areas could decide their own fate.

In Kashmir, the only Muslim majority area ruled by a Hindu monarch, its ruler decided against giving the population a choice. That started the first India-Pakistan war in 1947. The conflict ended in 1949 when a United Nations resolution established the Line of Control dividing Kashmir between the two nations and calling for a direct vote on which country should control it. That vote has never been held.