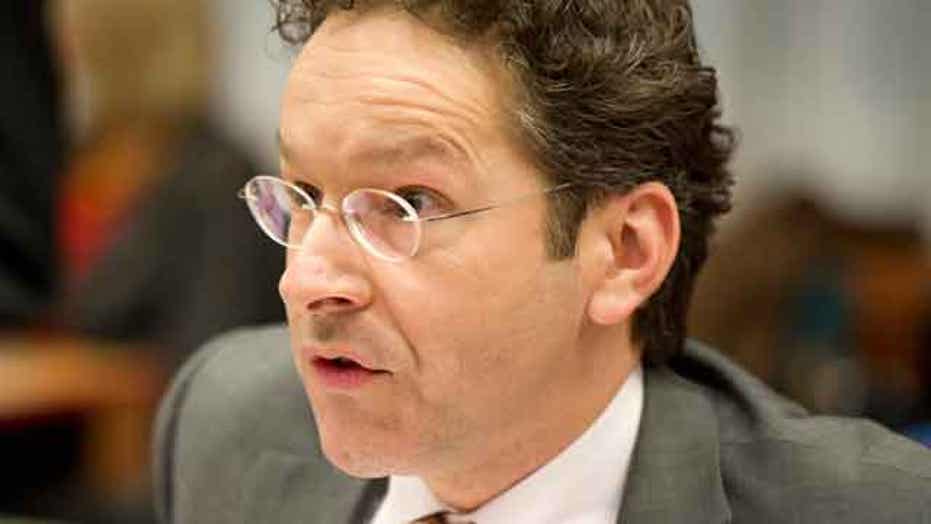 Instead of bailouts, is this the new normal?

BRUSSELS – A top European Central Bank official on Tuesday exposed rare signs of public discord among those in charge of the euro currency when he rejected the idea that Cyprus' rescue plan should become a model for other countries.

Benoit Coeure, who sits on the ECB's six-member executive board, on Tuesday bluntly dismissed an idea voiced the day before by Jeroen Dijsselbloem, the head of the Eurogroup of euro finance ministers, that forcing losses on banks' shareholders, bondholders and even large depositors could become the template for future rescues.

Coeure told France's Europe 1 radio that Dijsselbloem was "wrong" to say that because the solution agreed on for Cyprus cannot be a model for the eurozone. He said Cyprus's situation is unique because of the island nation's outsized financial sector, including large deposits from foreigners.

The 17-country eurozone and the International Monetary Fund early Monday granted Cyprus a 10 billion euro ($13 billion) bailout that foresees dissolving the country's second-largest bank, wiping out its bondholders and inflicting significant losses — possibly up to 40 percent — on all deposits larger than 100,000 euros ($130,000).

In an interview later Monday, Dijsselbloem (die-SELL-bloom) insisted investors must be held responsible "before looking at public money or any other instrument coming from the public side." But his comments that the approach taken in Cyprus — including forcing losses on large deposits — was a model solution spooked markets and sent the euro to its lowest value against the dollar since November.

"The experience in Cyprus is not a model for the eurozone since the situation had reached a dimension that can't be compared with any other country," Coeure said. "I think Mr. Dijsselbloem was wrong to say what he said."

Deposits in Europe are guaranteed by a state-backed deposit insurance scheme only up to 100,000 euros. The bailout program for Cyprus marks the first time in Europe's three-year-old debt crisis that large deposit holders — wealthy savers, business people or institutions — will be forced to take losses.

EU officials previously stressed that this measure, a so-called bail-in, was a "unique step" in Cyprus, but Dijsselbloem's remarks raised the specter for that solution to be applied elsewhere in Europe too.

Investors were concerned that if holders of large deposits in weaker southern European countries were to start fearing for their money, they could move it away from their domestic banks. While there is an ECB stopgap to help cover a run on a bank, a steady outflow of funds would further expose a lender's capital reserves, possibly pushing them to seek support from their governments. But nations such as Portugal, Spain, Italy or Greece already have huge public debt loads, which would make it difficult for them to recapitalize their banks.

"Cyprus was bankrupt. That's a situation you don't have anywhere else in the eurozone," Coeure insisted. "The situation was so special that it required a special solution. There is no reason to use the same methods elsewhere," he said.

The European Commission, the bloc's executive arm, was also at pains Tuesday to dispel fears ignited by Dijsselbloem's comments.

Spokeswoman Chantal Hughes said "we want a solution where the taxpayer stops paying for the banks' errors" but added that the course taken for Cyprus reflected the country's "unique situation" and wasn't a "perfect model or a model that should be used again in the same way."

She also stressed that deposits of up to 100,000 euros are guaranteed across the 27-nation bloc, and no losses can be forced upon them, "neither now, nor in the future."

Dijsselbloem has stood by his comments, but issued a terse statement late Monday saying that "macro-economic adjustment programs are tailor-made to the situation of the country concerned and no models or templates are used."