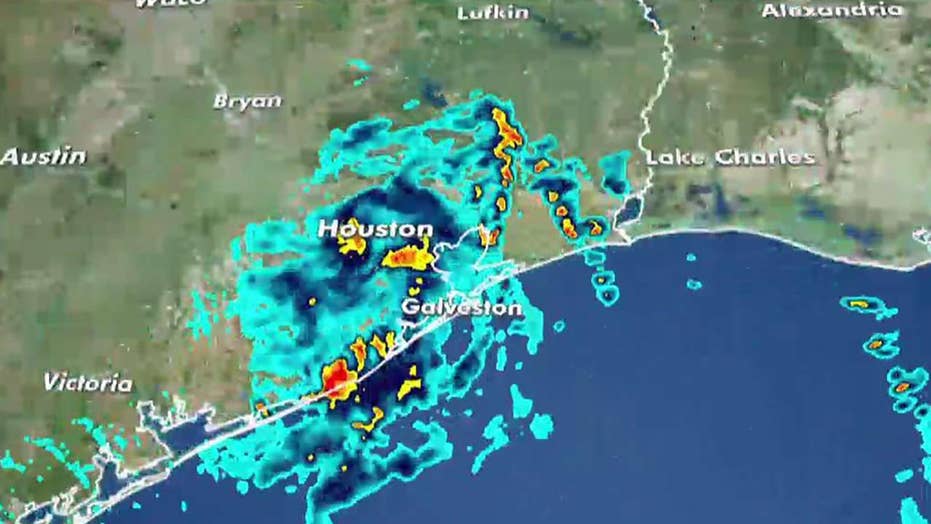 Bermuda is warning its residents to make their final storm preparations Wednesday as Hurricane Humberto is set to make a close pass off the island, bringing maximum sustained winds of 120 mph.

The National Hurricane Center said the Category 3 storm currently is around 195 miles west of Bermuda — and is continuing to grow in size.

“A prolonged period of dangerous winds is expected in Bermuda late this afternoon through Thursday morning, with hurricane-force winds expected overnight tonight,” it warned in a midday advisory. “Storm surge and dangerous breaking waves could cause coastal flooding tonight and Thursday along the southern coast of Bermuda.”

AMERICANS REACHING OUT TO HELP BAHAMIANS DEVASTATED BY HURRICANE DORIAN

Humberto, which the NHC said is moving northeast at 16 mph, is predicted to pass just north of the territory of some 70,000 people, though a small shift in its path could bring the storm over the island itself.

The NHC estimates that some parts of Bermuda could endure up to 6 inches of rain, while water levels there could rise as high as three feet above normal tide levels.

Gov. John Rankin has called up 120 members of the Royal Bermuda Regiment to prepare for possible recovery efforts. National Security Minister Wayne Caines said schools, government offices and ferries on the island will close at noon and bus service will halt at 4 p.m. Wednesday.

Farther west, the remnants of Tropical Storm Imelda are threatening to drench parts of Southwest Texas and southwestern Louisiana with up to 18 inches of rain over the next few days. It was the first named storm to hit the Houston area since Hurricane Harvey's much heavier rains flooded more than 150,000 homes around the city and caused an estimated $125 billion in damage in Texas in 2017.

Felipe Morales works on getting his truck out of a ditch filled with high water during a rain storm stemming from rain bands spawned by Tropical Storm Imelda on Tuesday, Sept. 17, 2019, in Houston. He was able to get help when a man with a truck helped pull him from the ditch. (Brett Coomer/Houston Chronicle via AP)

Meanwhile, Tropical Storm Lorena was moving off Mexico's Pacific Coast, and forecasters now expect it to become a hurricane Friday as it approaches the shore. They warned of heavy rains and flooding to resorts from Zihuatanejo to Cabo Corrientes. Lorena had top winds of 60 mph early Wednesday and was centered about 140 miles southwest of Zihuatanejo, moving northwest at 14 mph.

Farther off Mexico's Pacific Coast, Tropical Storm Mario also was expected to be a hurricane by Friday as it approaches the southern tip of Baja California and become nearly stationary through Friday night.