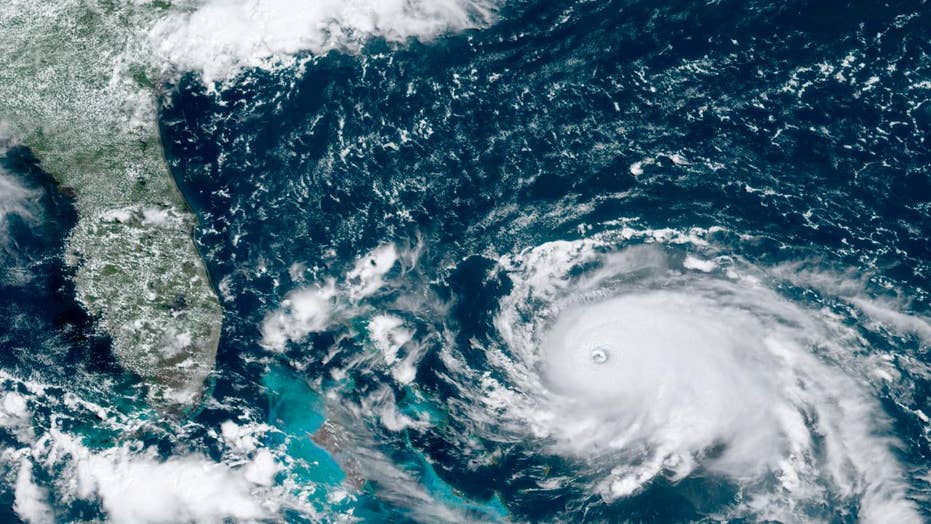 The Red Cross is stepping to provide aid in the wake of Hurricane Dorian; Jillian Mele reports.

Homes are missing parts of their roofs. Power lines have been downed. Cars have been smashed and overturned. Floodwaters are rushing through the streets of an unidentified town at nearly the height of a car roof. This is just the beginning of the storm damage in the Bahamas.

Hurricane Dorian, with nearly unprecedented strength, struck the northern Bahamas as a catastrophic Category 5 storm Sunday, as hundreds hunkered down in schools, churches and shelters.

The 185 mph winds have made it the second-strongest storm in the Atlantic Ocean since 1950.

Dorian slammed into Elbow Cay in the Abaco Islands at 12:40 p.m., and then made a second landfall near Marsh Harbour on Great Abaco Island at 2 p.m., after officials made last-minute pleas for those in low-lying areas to evacuate.

“Catastrophic conditions” were reported in the Abaco Islands, with a storm surge of 18-23 feet, and Dorian was expected to cross Grand Bahama later in the day “with all its fury,” hurricane officials said.

The hurricane was moving to the west at 5 mph.

In some parts of Abaco, “you cannot tell the difference as to the beginning of the street versus where the ocean begins,” Prime Minister Hubert Minnis said.

He called it “probably the most sad and worst day of my life to address the Bahamian people,” as the Nassau Guardian reported.

Earlier, Minnis had warned that anyone who did not evacuate was “in extreme danger and can expect a catastrophic consequence.”

“The end could be fatal,” Assistant Police Commissioner Samuel Butler said. “We ask you, we beg you, we plead with you to get to a place of safety.”

The archipelago has been no stranger to hurricanes. Homes are required to have metal reinforcements for roof beams to withstand winds into the upper limits of a Category 4 hurricane, and compliance is generally tight for those who can afford it. Risks are higher in poorer neighborhoods, with wooden homes in low-lying areas.

After the Bahamas, the slow-crawling storm is forecast to turn sharply and skirt toward the U.S. coast, staying just off Florida and Georgia on Tuesday and Wednesday and then buffeting South Carolina and North Carolina on Thursday.

The National Hurricane Center issued a hurricane watch for Florida’s East Coast from Deerfield Beach north to the Volusia and Brevard county line.

The same area was put under a storm surge watch. Lake Okeechobee was under a tropical storm watch.