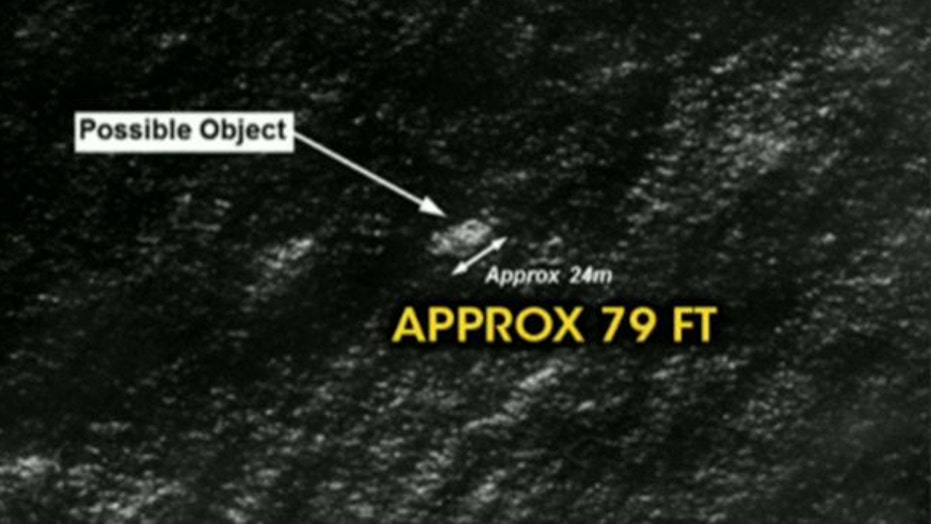 An international search for possible debris from the missing Malaysia Airlines plane resumed Friday in the southern Indian Ocean, though questions arose over whether the hunt was stymied early on by a critical lack of information sharing.

As China sent three warships and an icebreaker to join search planes in one of the remotest places on Earth — following a fruitless effort by Australian planes sent to locate two large objects detected by satellites — Australia's acting prime minister tamped down expectations.

"Something that was floating on the sea that long ago may no longer be floating — it may have slipped to the bottom," Warren Truss said. "It's also certain that any debris or other material would have moved a significant distance over that time, potentially hundreds of kilometers."

The area now being searched, far from where the initial days of the hunt were focused, was suggested by British satellite company Inmarsat just two days after the plane disappeared, an official told Fox News. The company claims it shared the data with Malaysian investigators on March 12, but it was not until March 15 that Malaysian authorities acknowledged data showed the plane was not in the Strait of Malacca or the South China Sea and shifted the search effort to the Indian Ocean.

Inmarsat Senior Vice President Chris McLaughlin told Fox News’ "The Kelly File" that his company also determined the plane had continued to fly for seven hours after air traffic controllers lost contact. From that determination, it was able to suggest a new search site - the one now being scrutinized.

"We looked at the data that we had on our network and we found that signals had continued to be received for a number of hours after it had lost contact with the radar and the ACARS management system," he said. "We are absolutely certain we were seeing the readings from this particular aircraft."

Knowing the plane had stayed aloft allowed the company to estimate where the plane might have gone down.

“[When we] realized that the plane had flown on for a number of hours [we] set about the basic sum of ‘Can we work out which way it went?’ and it was from that that by Tuesday they’d drawn up a suggested arc to the north and south of where you might want to look," he said.

But McLaughlin stopped short of saying Inmarsat told Malaysia early on where to find the plane.

“It’s not really simply the case that we came up of and said, 'It’s here,'” he said.

Truss, meanwhile, told reporters that two Chinese aircraft are expected to arrive in Perth on Saturday to join the search, and two Japanese aircraft will be arriving on Sunday. A small flotilla of ships coming to Australia from China is still several days away.

"We are doing all that we can, devoting all the resources we can and we will not give up until all of the options have been exhausted," Truss continued.

John Young, manager of the Australian Maritime Safety Authority's emergency response division, said weather in the search area improved from Thursday. The aircraft are planning to head back to the search zone on Saturday, but the search area will change slightly depending on water movements overnight, he said.

A U.S. Navy P-8 Poseidon aircraft also was in the air, but like the other planes, once it arrives it will have enough fuel for only two to three hours of search time before returning to Perth.

China's National Maritime Search and Rescue Center said three warships were en route to the area, but gave no indication when they might arrive at the site. Earlier reports said the ships —  the Kunlunshan, the Haikou and the Qiandaohu — were searching this week off the southwest coast of Sumatra in Indonesia.

The Chinese icebreaker Snow Dragon was preparing to leave Perth in western Australia for the search site, state television reported. The ship was in Perth following a voyage to Antarctica in January.

Investigators involved with the search for the Boeing 777 that vanished March 8 with 239 people on board have said the sighting of the two objects is a credible lead but cautioned that the items could be debris along a shipping route.

One of the objects on the satellite image was almost 80 feet long — longer than a standard container — and the other was 15 feet. There could be other objects in the area, Young said Thursday.

"This is a lead, it's probably the best lead we have right now," Young said. He cautioned that the objects could be seaborne debris along a busy shipping route.

A source close to the investigation told Reuters it could take "several days" to establish whether the objects spotted by satellite came from the missing jetliner.

Australian Prime Minister Tony Abbott spoke with Chinese President Xi Jinping, whom he described as "devastated." Of the 227 passengers on the missing flight, 154 were from China.

"It's about the most inaccessible spot that you could imagine on the face of the earth, but if there is anything down there we will find it," Abbott said. "We owe it to the families of those people to do no less."

The Norwegian cargo vessel Hoegh St. Petersburg, with a Filipino crew of 20, arrived in the area and used lights to search overnight before resuming a visual search Friday, Ingar Skiaker of Hoegh Autoliners told reporters in Oslo.

The Norwegian ship, which transports cars, was traveling from South Africa to Australia, he said. The Australian Maritime Safety Authority said another commercial ship and an Australian navy vessel were also en route to the search area.

"Clearly, there's a lot of resources being put into that particular area," Truss said. "It's broadly consistent with the flight plans that were talked about ever since the satellites and their work has been added to the information bank."

There have been several false leads since the Boeing 777 disappeared 13 days ago above the Gulf of Thailand en route from Kuala Lumpur to Beijing. The latest development marked a new phase for the anguished relatives of the passengers, who have been critical of Malaysian officials for what the relatives say has been the slow release of timely information.

"If it turns out that it is truly MH370, then we will accept that fate," said Selamat Omar, the father of a Malaysian passenger. The jet carried mostly Chinese and Malaysian nationals.

But he cautioned that relatives still "do not yet know for sure whether this is indeed MH370 or something else. Therefore, we are still waiting for further notice from the Australian government."

Malaysian officials met with the relatives Thursday night in a hotel near Kuala Lumpur, but journalists were kept away. After the meeting, groups of people left looking distraught.

Hamid Amran, who had a child on Flight 370, said questions asked at the meeting made it "apparent that Malaysia's military is incapable of protecting its own airspace."

Amran said he believes his child and all of the other passengers are still alive.

The hunt has encountered other false leads. Oil slicks that were seen did not contain jet fuel. A yellow object thought to be from the plane turned out to be sea trash. Chinese satellite images showed possible debris, but nothing was found.

Malaysian authorities have not ruled out any possible explanation for what happened to the jet, but have said the evidence so far suggests it was deliberately turned back across Malaysia to the Strait of Malacca, with its communications systems disabled. They are unsure what happened next.

Police are considering the possibility of hijacking, sabotage, terrorism or issues related to the mental health of the pilots or anyone else on board.