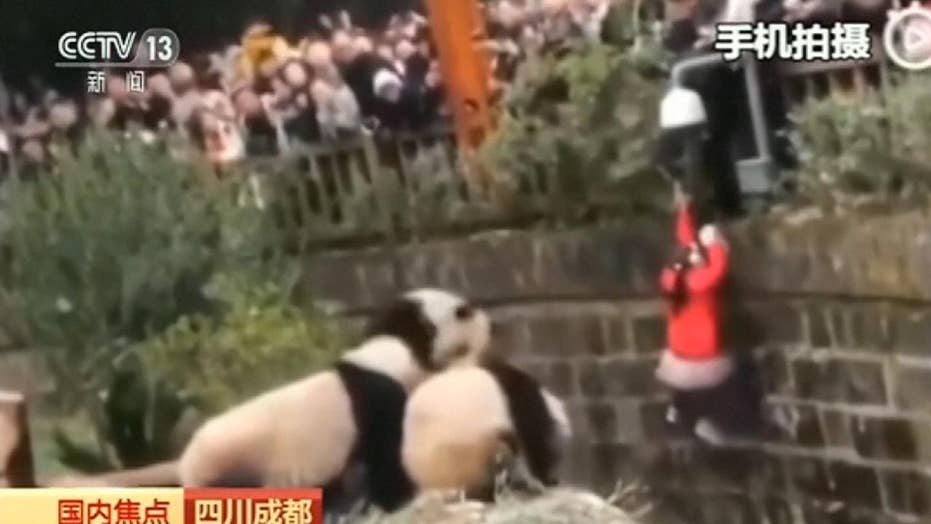 A dramatic video captured the moment an 8-year-old girl was pulled to safety after she fell into a panda enclosure Saturday in China.

The girl fell more than 6 feet below a viewing area into the enclosure holding giant pandas at the Chengdu Research Base of Giant Panda Breeding in the Sichuan province, the South China Morning Post reported.

Surveillance video showed the pandas approach the girl as she tried to get out. An employee of the park, Liu Guihua, was able to pull the girl up with a pole before she was close enough for him to grab and lift her to safety, China Daily reported. In the meantime, three pandas watched on as the girl was lifted out.

Local media reported that neither the girl nor the bears were injured in the incident. It's unclear if the girl was in any real danger because the bears appeared more inquisitive than aggressive.

A member of the staff defended the safety measures in place at the reserve.

"The railings are quite high, so unless you climb over them it would be impossible to fall in," she told Chinese media, according to the South China Morning Post.