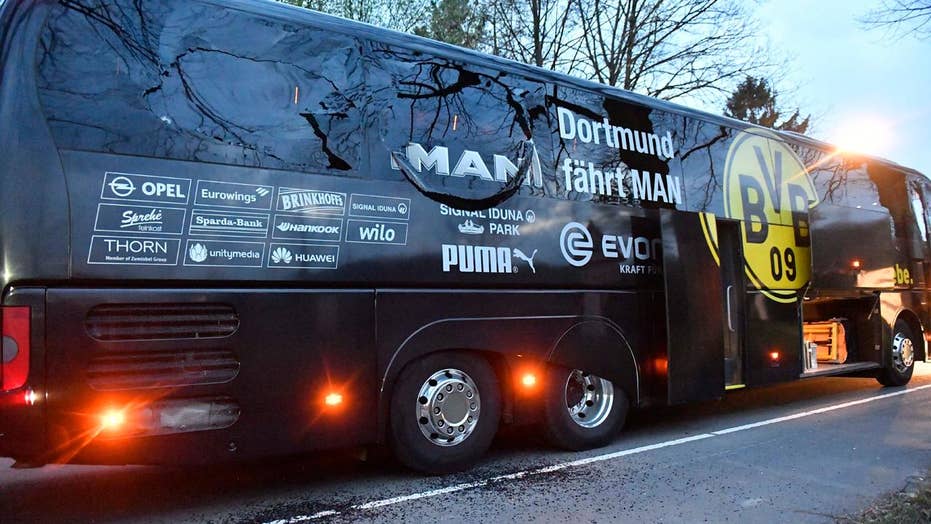 Police have arrested a man on suspicion of carrying out the bomb attack on the Borussia Dortmund team bus in Germany - and believe his motive may have been financial.

Rather than any link to Islamist terrorism, they say the suspect, identified only as Sergej W, had speculated on Dortmund's share value falling after the bombing.

Spain international Marc Bartra and a police officer were injured in last Tuesday's triple blasts as the players and coaching staff left a hotel ahead of a Champions League match in Germany.

Prosecutors say the suspect, who was held on Friday, bought a large number of so-called "put" options which would have entitled him to sell 15,000 shares at a pre-determined price - resulting in a substantial profit if their value fell.

"A significant share price drop could have been expected if a player had been seriously injured or even killed as a result of the attack," they said.

They traced the computer used to purchase the put options to the hotel the team were staying at and said he had booked a room there himself.

"The man appears to have wanted to commit murder out of greed," he said.

The 28-year-old suspect, who has dual German and Russian citizenship, faces charges of attempted murder, causing an explosion and inflicting serious bodily harm.

Three identical letters were found at the scene, linking the attack to German involvement in the fight against Islamic State in Syria. But there were doubts over their authenticity.