Prosecutors said that the suspects were arrested in Berlin and Rhineland-Palatinate state. The men were identified as Anwar R., a 56-year-old high-ranking member of Syria's General Intelligence Directorate, and Eyad A., a 42-year-old member of a unit operating a checkpoint in the region around the capital Damascus.

Both men allegedly fled Syria in 2012. Authorities said that a third man was also arrested in France as part of the joint probe. The third man wasn’t named, but prosecutors said he was allegedly a subordinate of Anwar R.

SYRIANS DESCRIBE TORTURE INSIDE ASSAD PRISONS: 'DEATH IS MUCH BETTER THAN THIS'

The arrests stem from accusations that the suspects tortured detainees between 2011 and 2012 at a detention facility run by the Syrian intelligence agency during the anti-government uprisings.

“From April 2011 at the latest, the Syrian regime started to suppress with brutal force all anti-government activities of the opposition nationwide,” a prosecution statement said. “The Syrian secret services played an essential role in this. The aim was to use the intelligence services to stop the protest movement as early as possible.” 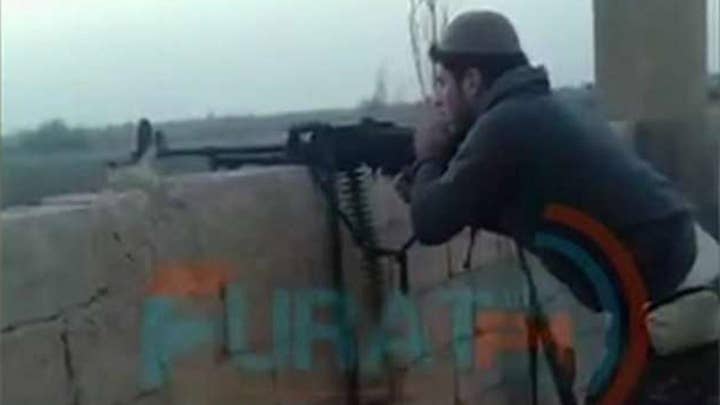 Anwar R. is accused of participating in the abuse of detainees at a prison he oversaw in the Damascus area between April 2011 and September 2012. He allegedly ordered the use of systematic and brutal torture during the interrogation of anti-government protesters.

The other man, Eyad A., is accused of “assisting in the killing of two people as well as the torture and physical abuse of at least 2,000 people” between July 2011 and January 2012.

The arrests were celebrated by the European Center for Constitutional and Human Rights (ECCHR), an NGO that worked with the survivors of the abuse.

The organization said the arrests could mean for the first time in the world that a criminal trial will examine “the responsibility of senior members of the Syrian intelligence agencies of President Bashar al-Assad for crimes of torture.”

The brutal crackdown of activists by the Syrian secret police has been credited as one of the reasons the protests turned into a civil war in the country about eight years ago.

It remains unclear how the two men managed to get into Germany, though hundreds of thousands of Syrians have managed to obtain refugee statuses, claiming they are being persecuted in their home country.

“Should the suspect go on trial, the survivors of torture will join the case as private parties,” ECCHR's general secretary, Wolfgang Kaleck, said in a statement.

“[The arrest of the alleged criminals] sends a very important message to survivors of Assad's system of torture. Without justice, there will be no lasting peace in Syria,” he added.