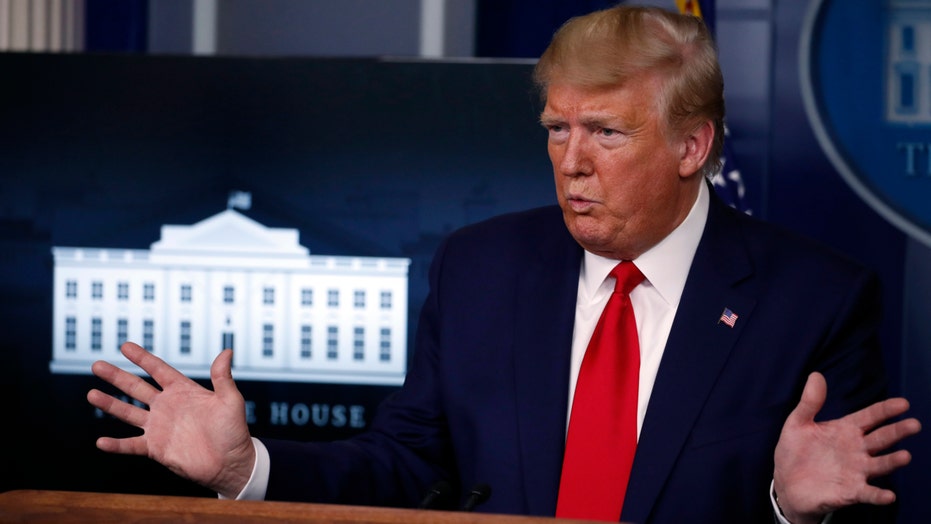 A 101-year-old German woman on Tuesday escaped her senior home in violation of a nationwide lockdown to visit her daughter on her birthday, authorities said.

The woman had escaped through an emergency exit of the home, located in Brunswick, some 140 miles west of Berlin, AFP reported.

No vehicles or passers-by are visible at an intersection on the Grimmaischen Steinweg in Leipzig, Germany, Tuesday, April 7, 2020. (dpa via AP)

The woman called police after getting lost while searching for her daughter’s suburban home, the report said. She reportedly told officers that she lived with her daughter – though the officers suspected otherwise.

The officers brought the woman to the home of her daughter, who explained that her mom had just recently moved into the senior center and was “missing her daughter terribly.”

The officers allowed the woman to see her daughter – from behind the patrol car’s window – before bringing her back to the senior home.

US DEBUNKS BERLIN LEADERS’ ALLEGATIONS THAT IT SEIZED 200,000 FACE MASKS AMID CORONAVIRUS PANDEMIC

Germany, like other nations, has been under lockdown to curtail the spread of the novel coronavirus. Public gatherings of more than two people have been banned.

Older people, who are among the most vulnerable for contracting the virus, have been closely monitored.

As of Tuesday, Germany has recorded more than 106,700 cases with at least 1,942 deaths, according to the latest data from Johns Hopkins University.