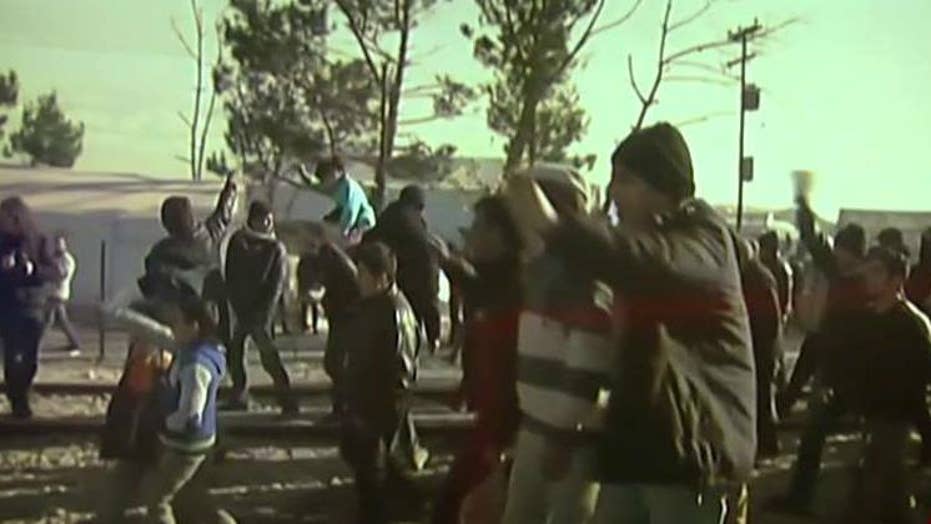 The German national security service warned Friday that Islamic State militants are infiltrating Europe under the guise of asylum seekers.

The announcement comes after Berlin police arrested three Thursday in an investigation of four Algerian men who are suspected of planning terror attacks in Germany and having ISIS ties.

“We have seen repeatedly that terrorists are being smuggled in disguised or camouflaged as refugees,” said Hans-Georg Maassen, the head of the Office for the Protection of the Constitution, according to the UK Daily Telegraph.

German authorities have tried to downplay the threat of Islamic State terrorists disguising themselves as refugees, according to the paper. Around one million asylum-seekers entered the country last year. Maasen reiterated that it was a “reality that the security agencies have to face.”

Maasen told Germany’s ZDF TV it was clear from November’s Paris terror attacks that “ISIL consciously infiltrates terrorists among the refugees.” A woman, who claimed to have led Abdelhamid Abaaoud’s cousin to the French encampment where he was staying, told The Wall Street Journal that the Paris attacks leader came into Europe with 90 other militants.

German authorities believe the four men who were investigated Thursday had contacts with ISIS and that at least one of them had received military training in Syria. The arrests were made in Berlin at a refugee home and were based on existing warrants in other cases.

A woman was arrested on a separate woman and is believed to be the wife of one of the men with possible ISIS ties, according to the UK Daily Telegraph.

Maassen said there was “concrete evidence there are people planning terror attacks in Germany,” but there’s “no indication of an imminent attack.”

Both of the men arrested are believed to have entered Germany under false names.

Police said two other suspects have been questioned in connection with the case, but have not been arrested.